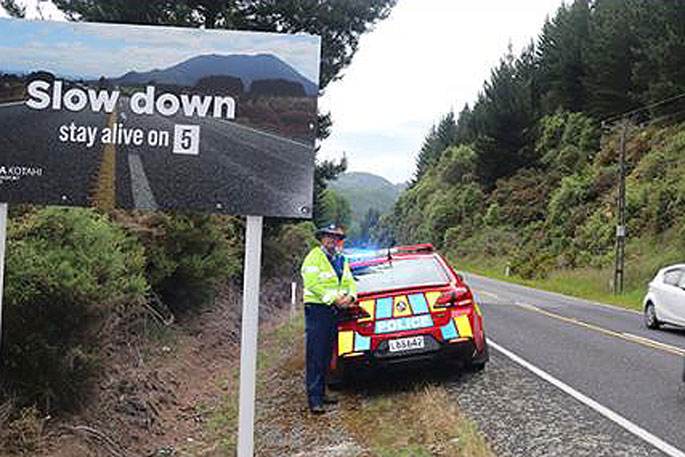 The ‘Stay Alive on 5' campaign was launched on the 127km road between Napier and Taupō in November last year to prevent fatal and serious crashes on the highway.

Police, along with Waka Kotahi - NZ Transport Agency, Road Safe Hawke’s Bay, Taupō District Council and several other agencies have joined forces for the campaign, which has seen a raft of road safety billboards erected, as well as electronic signs urging motorists to slow down and alerting them to tight corners.

Police have increased their visibility on the road with both marked and unmarked patrol vehicles working in tandem, and the use of speed camera vans. More than 1000 vehicles have been stopped, with 424 infringement notices issued. 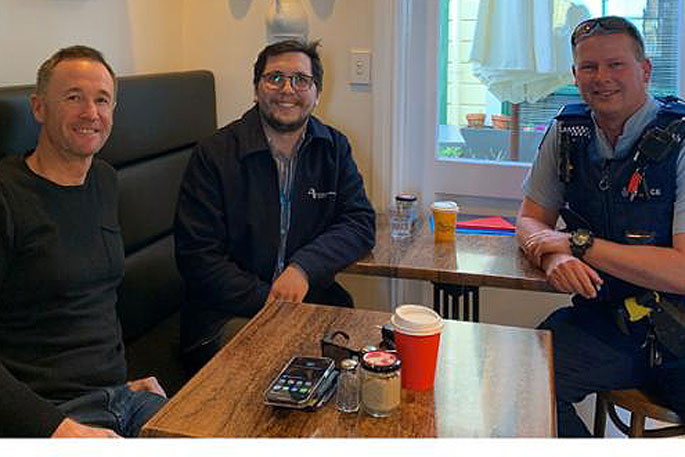 Officers have also been handing out ‘Stay Alive on 5’ reusable coffee cups to motorists who are seen doing the right thing, such as taking regular breaks. Truck driver fatigue stops along the road have proved very popular as well.

Constable Steven Knox is driving the campaign and is pleased with the results so far.

‘When we look at the social cost of road crashes, this Stay Alive on 5 campaign has so far saved this country nearly 28 million dollars, but more importantly we are saving lives,” says Steve.

New Zealand racing driver Greg Murphy found out about the campaign about three months ago and is right behind the concept.

“I am hugely supportive of this campaign and what everyone has done. It is obvious from the results that it’s working,” says Greg.

He says increasing the visibility of Police on the roads is an extremely effective way of changing behaviours.

“Studies show that the behaviour of motorists on the roads changes when they see a Police car. It makes people much more aware of their driving and focused on the road.” 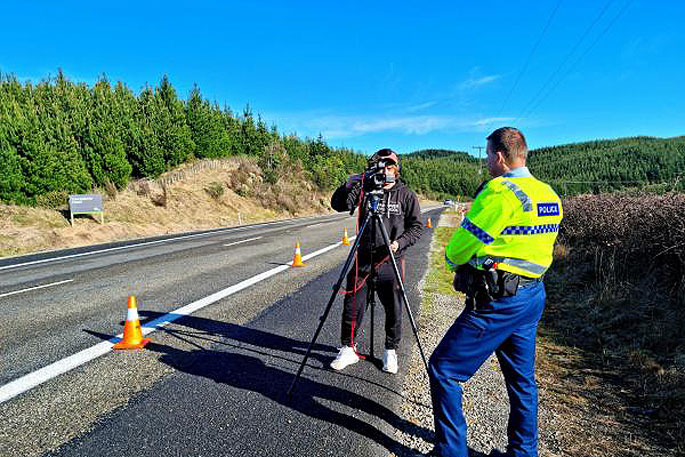 Greg is also supportive of the positive reinforcement being used as part of the campaign.

“Rewarding drivers seen making the right choices on the roads is a great way of building relationships between the public and Police and demonstrates Police want to keep people safe and not just issue tickets.”

Greg says anything that can help reduce the road toll is positive not only for the victims, but also the emergency services staff who have to deal with the aftermath of crashes.

Waka Kotahi Regional Relationship Director Linda Stewart says it’s heartening and a great result for the community to see the positive impact of working together on this corridor.

“For our part, this year Waka Kotahi has invested an extra $4 million dollars into maintenance on SH5, including sealing the Titiokura Summit. We have also made a number of safe system improvements as part of a $2.5 million package that includes side barriers, road markings, signs and rumble lines,” says Linda.

Feasibility work is under way for a potential $100 million of safety improvements through the National Land Transport Programme. If implementation funding is secured this would be delivered in stages through 2022–2028. 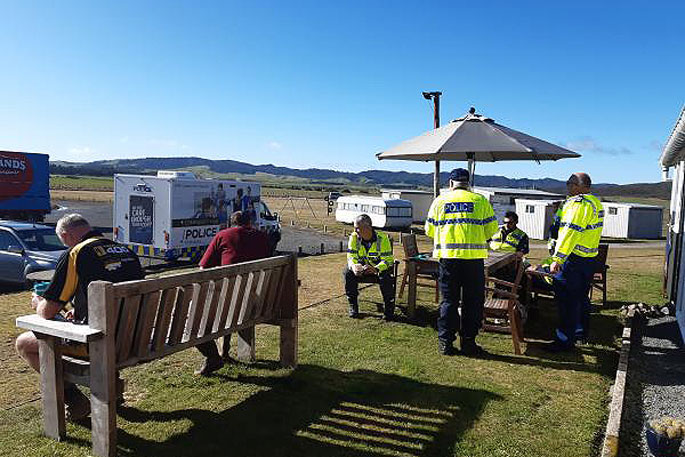 Meanwhile, Constable Steven Knox wants to thank motorists for their driving behaviour to date and says the focus now is to finish the year with no fatalities on the road.

“I also want to thank people for reporting poor driving on the road, that plays a big part in achieving our objective.”

He reminds people to slow down and drive to the conditions and if they're a passenger and see his red patrol car to give him a wave!

I’m a huge supporter of anything that will help reduce our road toll, but I can’t help thinking that using someone that was paid to drive on the ragged edge as fast as possible is a little ironic. There are so many stories out there from victims or families of victims that might be more impactful and thought provoking.