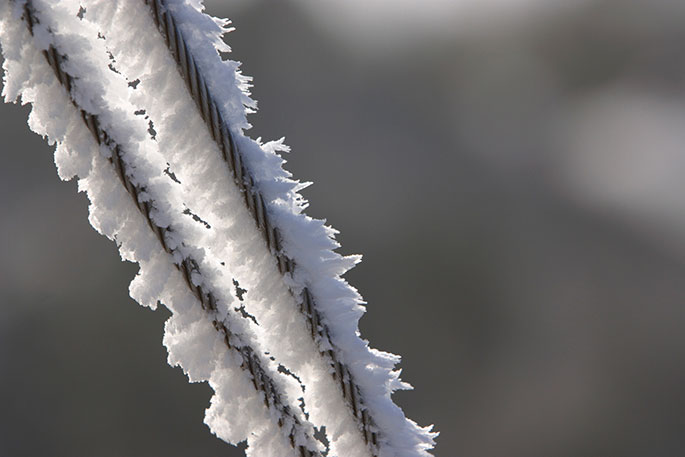 The MetService says there is a chance of snow on the Desert Road tonight. File photo.

Snow is being forecast for the Desert Road tonight.

The MetService says snow is predicted to fall to 700 metres about the central North Island from this evening until Tuesday afternoon, likely affecting the Desert Road and Napier-Taupo Road.

"A Road Snowfall Warning has been issued for these roads, and people planning on travelling via these routes should check with Waka Kotahi as to the current status of the highway network in case snow closes either of these roads," says MetService meteorologist Peter Little.

Peter says the MetService is expecting a low east of the North Island to deepen today, driving rain and southwest gales into eastern regions, and prompting the issuance of Severe Weather Watches.

The slow-moving low is forecast to move away to the east late Tuesday, allowing a ridge of high pressure over the South Island to move onto the North Island.

Westerly winds follow the departure of the ridge on Wednesday.

"A Heavy Rain Watch is in place for the Tararua District, Wairarapa and the eastern hills of Wellington, while a Strong Wind Watch has been issued for eastern areas from Hawke’s Bay to Wairarapa.

"Gusts of 100 km/h are possible in exposed places, especially near the coast."

Over the South Island, clear skies under the ridge of high pressure allowed overnight temperatures to plummet.

"Frosts are also likely in sheltered places on Tuesday and Wednesday morning under the ridge.

"Notable minimum temperatures forecast for Tuesday are -2°C for Christchurch and -1°C for Blenheim.  On Wednesday morning the forecast lows are -2°C for Masterton, and 1°C for Hastings, Taupo and Taumarunui.”

As the ridge moves away to the east a westerly flow spreads over the country, with a few showers interrupting otherwise sunny skies.

"A weak embedded front brings a period of more frequent showers to mainly southern and western parts of the South Island on Wednesday and the North Island on Thursday."