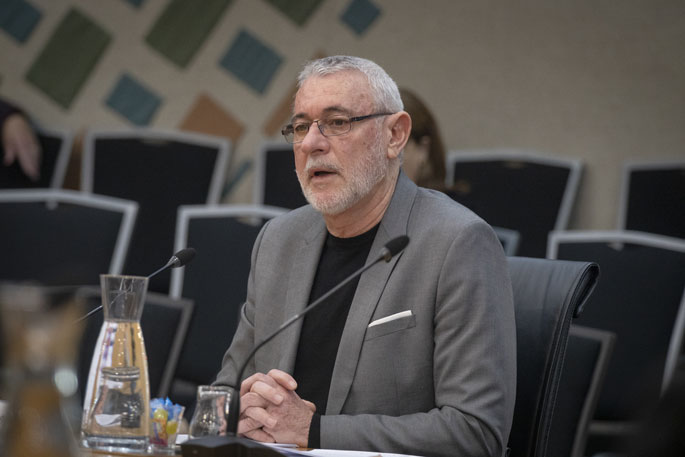 Rotorua Lakes Council appears to remain open-minded but “sceptical” when it comes to Three Waters reform.

On Thursday at a full council meeting, Rotorua Lakes Council released its preliminary response, which stated it was "supportive and constructive" towards the proposed reform so long as it is "viable and sustainable".

The preliminary position will be sent to Local Government Minister Nanaia Mahuta. The position was arrived at via elected member-only forums.

In the meeting, council infrastructure and environmental solutions deputy chief executive Stavros Michael said the council supported the key objectives of the proposed Three Waters reform, but the question was how those objectives were achieved.

He said at face value there appeared to be benefits of scale to the proposal, but with its benefits there were also risks, one of which being ensuring local voices remained within the structure.

Under the proposal, Rotorua would fall into Water Entity B, one of four proposed entities across the country. Entity B would comprise of 22 territorial local authorities (TLAs), including Rotorua Lakes Council.

TLAs would appoint five or six members to the regional representative group, as would mana whenua, with the maximum total board members for each entity to 12.

The regional representative group would in turn appoint an independent selection panel, which itself would appoint and monitor the entity’s governance board.

The board would be accountable to the regional representative group.

Michael said a question hanging over the governance structure was how representative the regional representative group could be for each TLA, with the council’s preliminary position stating there could be a “loss of the community voice in the clutter of a much larger population base served by [Entity B]”.

He said while the council agreed with the Government the cost of maintaining and renewing water assets would escalate, there was “significant scepticism” about the exact numbers associated with that escalation because they were “impossible … to pinpoint exactly”.

He said as to whether the council was opting in or out of the reforms, the current position was “neither” until more detail emerged and concerns were addressed.

“The information in our hands at the moment is simply not sufficient to allow us to make a decision. The Government needs to take some feedback from us and all the TLAs, go away, refine and review their proposals and come back with a refined proposal.”

His presentation stated the council had a “real concern the local voice would be lost in [the] much larger Entity B”. 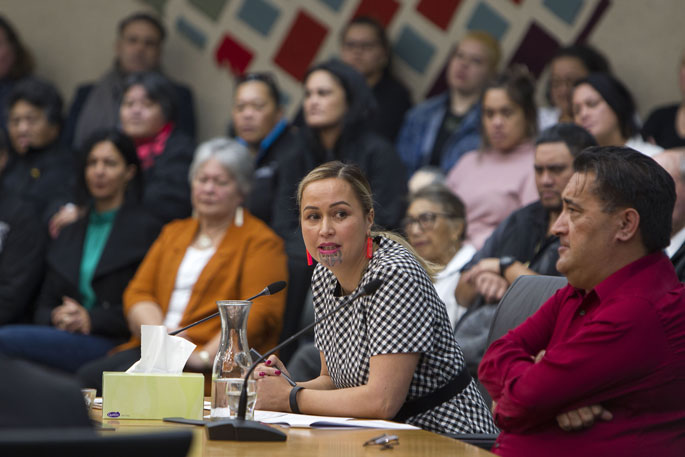 She said the Crown had identified it needed to engage with iwi and mana whenua was but this “talking to the top layer” and the council had valuable and mutually beneficial relationships with mana whenua at marae and hapū level which the bigger entity could struggle to replicate.

“It would be like talking to the regional council about district council affairs.

“The concern we have is that … there has been a failure to recognise the complexity of day-to-day operational relationships that are crucial to the successful operation of infrastructure assets.

"We are highly concerned [about] the lack of detail around how operational relationships are maintained. Yes, Entity B could replicate that [but] it would be extraordinarily expensive, they would be starting from scratch and we think it would fatally affect the costings and the assumed savings provision that have been built into the reform proposal.”

She said the concerns had been raised with the Department of Internal Affairs but she did not yet have confidence the proposal had the detail to address the concerns.

Rangi also said the Crown had not yet clarified who or what was specifically meant by “mana whenua” or “iwi”.

Council chief executive Geoff Williams clarified to the council they were faced with “a feedback step, not a decision step”, as the preliminary position statement did not necessarily opt the council into the reforms, but rather provided feedback on them.

Deputy mayor Dave Donaldson said the paper served to alert the Government to the concerns the council had and emphasised its preliminary status.

Councillor Merepeka Raukawa-Tait said she felt the Government had done councils a “great disservice” by putting out “little information” and then limiting feedback to TLAs and mana whenua.

“There could have been some very good assistance given to the Government in this initial stage.”

She said the farming community’s point of view was one example. 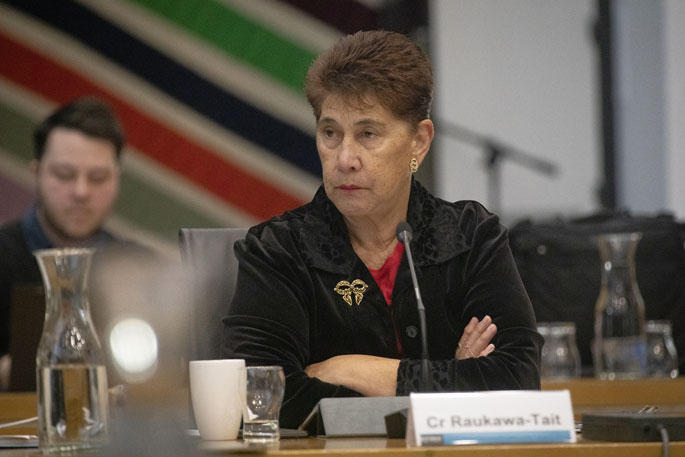 Councillor Reynold Macpherson said there was clear concern from the public, particularly around any loss of accountability.

“It’s almost the equivalent of taxation without representation which started the American War of Independence.”

Outside the meeting, Department of Internal Affairs Three Waters reform programme executive director Allan Prangnell said the Government had invited feedback particularly on the governance and accountability arrangements of the reforms, and was aware alternative options had been proposed.

“The Government has indicated its willingness to consider alternatives if the current proposal can be improved on while keeping within the reform’s bottom lines of good governance, balance sheet separation and partnership with mana whenua.

“There are possibilities that could be further explored including how representation in the governance model is determined, how board appointments are made, and how accountability can be strengthened.”

He said officials were working to progress the discussions.

The council agreed to endorse the preliminary statement, noting the Department of Internal Affairs would announce timeframes for full public consultation “in the coming months”, with Macpherson against.

The Government announced the $2.5 billion Three Waters reforms at the Local Government NZ conference in July.

Councils' water assets would be transferred to the entities and the entities would be collectively owned by the councils they covered, with provisions in place intended to prevent any future privatisation.

The Government expected the reforms would grow GDP by $9b over the next 30 years and create about 6000 to 9000 jobs.

Rotorua Lakes Council established a three waters committee on July 5, with a co-governance model with mana whenua, to consider the reform’s proposals.

If I took this business plan for 3 Waters to my bank manager he would throw me out by my ear and close my account. This government debt level is now some $120 Billion. we are paying back some $6 Billion in interest on these borrowings so far. With 3 Waters wanting to spend over $200 Billion and Grant Robinson wanting to borrow an extra $40 Billion for his projects just think how much we all will have to pay back in interest. All I can see, and many others, is that we will end up becoming another debt ridden South American country. Say NO to 3 Waters. Logically it can not work. BTW it has NOT worked in Scotland with outcomes there now worse than when the local government ran them.

I’m with Gina on this . Great concerns on local input, knowledge and working arrangements. Bigger isn’t necessarily better in fact often proved to be not. I worry about government track record around big thinking with shallow and poor plan execution. Two words Kiwi Build . A lot of water to go to need the bridge yet . Setting up a central controlled bureaucracy if contentious. So many more problems

you can get all the details in the world. won’t make a bit of difference to mahuta and her cronies. she has already stated that she will mandate it if necessary

Nothing from Tauranga City Council? Is it forgone govt directive for the minions?

The NZCPR. com website has been stating for some time that backroom deals are being made to promote Maori control over essential services and publicly owned property. Assets built up by generations of hard work by all New Zealanders (not just non Maori) are being accumulated by trusts that pay no taxes and fund activities based on racial identity. The pendulum of partnership has swung too far when it starts giving controlling interests in vital public services to unelected and probably inexperienced people based solely on racial identity.

I think most are skeptical that creating a mammoth entity would squash local input and knowledge but worse would be extremely costly attempting to replicate what is already in place. End result confusion and higher cost of water just in the bureaucracy cost rather than any water improvements. Noted this is only a councillors forum and as yet no public information or forums . No talk of government support to provide finance to local government to improve what we have. Perhaps it’s more as some say about control.