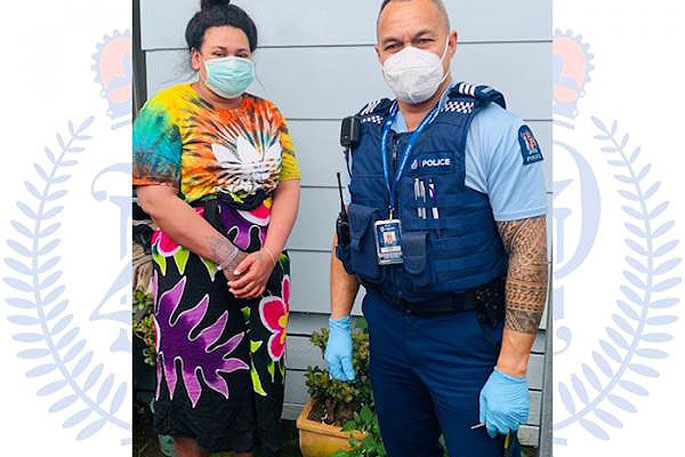 When a seasonal worker from Samoa was taken ill and could not make herself understood in English she reached out to someone she could trust - Pacific Liaison Coordinator Sergeant Esau Uiese.

Amelia suffered a medical event at the boarding house she shares with other seasonal workers and was struggling to breathe.

She rang Esau directly – knowing she could speak to him in Samoan - to get urgent help instead of 111.

Police raced to the address and found her on the floor in her room. They took her to Middlemore Hospital, where she underwent urgent medical treatment.

"I have had a long-standing relationship with the Registered Seasonal Employer (RSE) community in the Counties Manukau area, and it’s through this partnership that Amelia chose to contact me directly instead of 111,” says Esau.

“I know it’s hard for these RSE workers – they contacted me because of the language barrier. It’s difficult to cope while working in a foreign country when English is not your first language.

“I’m so glad that we could be there, and it shows she has trust and confidence in Police to seek our help.”

“If he wasn’t there to help, who knows what may have happened – he saved her life,” says Lio.

“The barriers were effectively mitigated by Esau’s swift response, using his cultural skills and engagement. I believe this resulted in the woman getting to the hospital and receiving the urgent medical attention she needed.”

Amelia has spoken with Police since her ordeal. “I had an allergic reaction,” she says. “I am so very thankful for the quick response from the Police which saved my life. If it wasn’t for that I would have died.”

Despite the success of this incident, members of the RSE community have since been reminded to dial 111 in any emergency in future.

Once again the thin blue line shows up and acts in the best interests of the community regardless of race creed or colour.