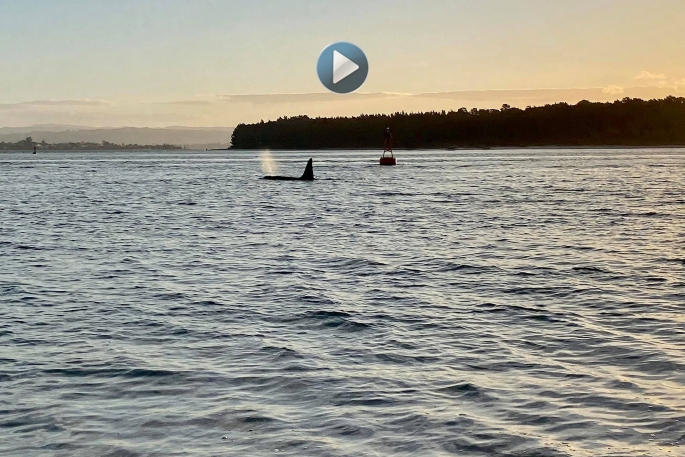 Orca swimming along the shore of Mount Maunganui have been putting on a show for residents.

Around 5pm on Sunday, Steve Morris, from the Seamen Ocean Swim Squad, received a message from a friend saying Orca were swimming along the shore by Rabbit Island heading towards The Mount.

“I drove to Leisure Island with my girlfriend and we saw them very close to the beach in ‘Shark Alley’,” Steve told SunLive.

“They headed around Leisure Island and we got another good look at them there before they swam towards The Mount.

“We decided to try our luck and drive to Pilot Bay and walk around The Mount from there hoping to spot them coming in the other direction. We did and that is when I took the videos. It was on the sand by the Maori Warrior.” 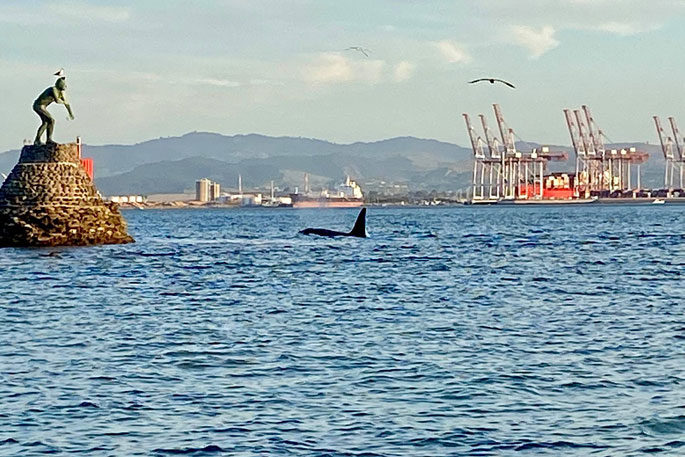 Steve says he wasn’t swimming but has been lucky enough to encounter them in the water before (earlier this year).

He says it’s illegal to approach them in or on the water on purpose, but when he was swimming earlier this year, they approached him.

“Last night I watched from land. Unfortunately, plenty of boats and jet skis were following them, which isn’t cool.”