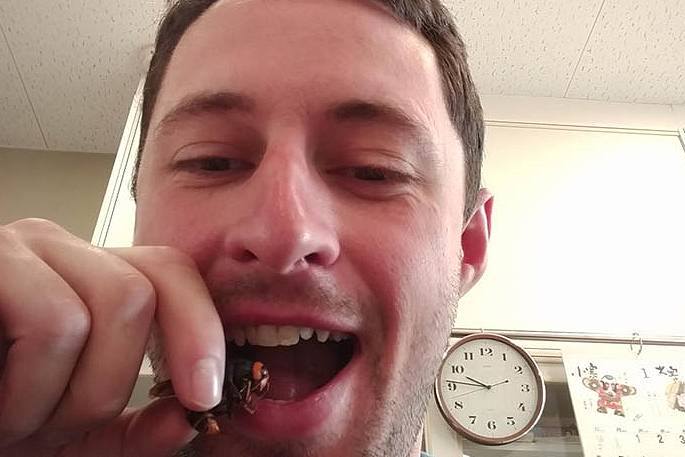 A majority of New Zealanders would be happy to try eating an insect even if they have never tasted one before, preliminary findings from a new study show.

The survey from the University of Auckland of 668 New Zealanders, shows 60 per cent would be willing to eat an insect and almost the same number – 59 per cent – have eaten insects in the past. Of those, 34 per cent eat insects annually or more.

The survey also asked the most common places people had eaten insects and the top three were at a festival or event (21.5 per cent), in another country (19.5 per cent) and at home (23 per cent).

A large majority – 80 per cent – who had tried an insect said they would be happy to do so again.

PhD candidate in the School of Biological Sciences, Neil Birrell, says the findings are very positive for a potential future switch to protein other than animals in the New Zealand diet.

“Climate change has helped focus our minds on how we might reduce emissions and we know animal farming is a key contributor to greenhouse gases and in particular methane.

“But these survey results suggest New Zealanders might be much more flexible about what they eat than we suspected.”

Respondents to the survey were also asked about what scientists call ‘neophobia’ - how willing people are to trying unfamiliar foods. Those with a lower neophobia score were significantly more likely to have eaten an insect.

The most commonly consumed insects from answers in the survey were crickets, locusts and grasshoppers - consumed by 40 per cent of respondents - but that was closely followed by New Zealand’s endemic huhu grub, with 19 per cent of those surveyed saying they had eaten them.

“We have a top class restaurant in Wellington which serves a special dish featuring huhu grubs so this has really become a thing in New Zealand and it might just be a matter of time before many more food services are putting insects on the menu,” Neil says.

He has eaten a range of insects himself but the oddest insect meal he has had so far was a Japanese giant hornet, or “murder hornet”.

“It was a very strong flavour and had a tough outer shell and when I asked what I should do about the giant stinger I was told to eat it carefully!” he says.

For his PhD work, Neil  is focusing on the biology of our endemic longhorn beetle, the huhu beetle.

This involves investigating the reproductive behaviour of the adult beetle, what host plants the larvae grow in and the metabolomic profile of the larvae.

Neil has researched insects as a protein feed for livestock, which offers an opportunity to turn organic waste streams into a nutritious replacement for soy and fish meal.