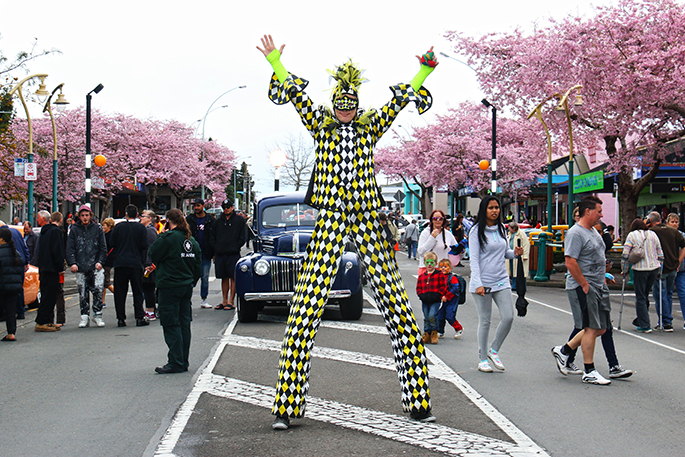 The festival is usually held annually in Greerton.

Organisers of Greerton’s annual Cherry Blossom Festival are being forced to cancel the event again.

It was around this time last year that the festival was cancelled due to Covid restrictions in New Zealand.

This year, the issue remains the same.

Greerton Village Community Association manager Sally Benning says the event has been cancelled due to crowd restrictions of 100 outside at any gathering.

Sally says they hung on until the very last announcement on Monday afternoon, before pulling the pin.

She says it’s hugely disappointing for all concerned.

The Cherry Blossom Festival is the main fundraiser for Greerton Village School, the first meet of the year for the Street Car club and the suburb’s flagship event.

It is an event that is months in the making.

“Some will ask why no postponement date and the answer is twofold this year,” says Sally.

“We never have a postponement date for this particular event as we work our date in with Greerton Village School to coincide with their gala – which needs to be a week before school holidays and secondly because there are so many others involved – mainly the Street Car Club who come along with over 100 cars to display, and its simply not possible for them.

“Additionally this year, with Auckland remaining in level three for at least two weeks, the PM has already stated that the rest of the country will remain in level two during that period, which could also be extended, so all those components make it impossible to reschedule – and our Cherry Trees which are in full bloom now, will be well past their prime.”

Sally says they will certainly try again for 2022.