Rules to stop the spread of pest seaweed 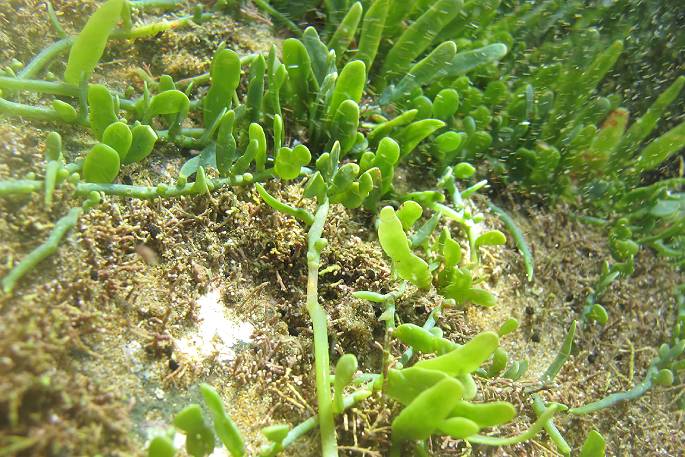 Local Mana Whenua governance group on Aotea are supporting a dual response by imposing a rāhui over the same areas.

Caulerpa brachypus, which has been found in Blind Bay and Tryphena Harbour, is an Unwanted Organism under the Biosecurity Act and can spread rapidly and create dense mats.

Biosecurity New Zealand’s Director Readiness and Response, John Walsh, says it can be spread to new locations by small fragments and is easily moved by people going about water activities like boating, and fishing, including dredging.

“We’re working with our partners, the Mana Whenua governance group and the local board to try to minimise this spread while we continue to assess where the pest seaweed is and what we can do in response.”

From Monday, September 20, Biosecurity New Zealand will issue legal controls, known as a Controlled Area Notice (CAN), which will make it illegal to take seafood from Blind Bay or Tryphena Harbour.

Anchoring in the two areas is also banned without a permit. At the same time, a rāhui will be imposed. 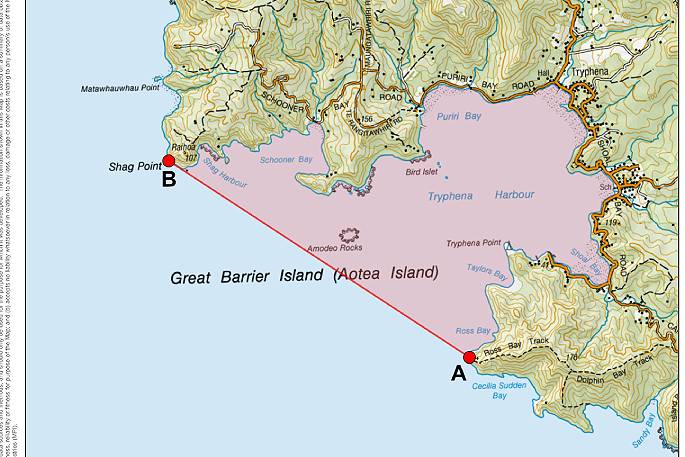 A map showing the Zone A prohibited areas.

Martin Cleave (Ngāti Wai representative), the deputy chair of the Governance Group for the biosecurity response, says the discovery of Caulerpa brachypus in Aotea waters, and the extent of the infestation, has been upsetting for mana whenua.

“After robust discussions with mana whenua, and leadership from Rangatira Hori Parata, this hard and realistic call was made.

“Aotea is a precious and unique environment and we need to do everything to try and prevent this pest from spreading to other areas of our beautiful coastline. We urge people to comply with the rules.”

Under the CAN, it is illegal to remove any marine life (fish, seaweed, shellfish or crayfish) from the Controlled Area.

All equipment used for marine activities – e.g. footwear, wetsuits, craypots, dredges and boat trailers – cannot be removed from the controlled zones without first checking for seaweed and removing it, leaving it in the area it came from.

Importantly anyone wanting to move a boat that has been anchored out of the two affected bays can only do so with a permit. 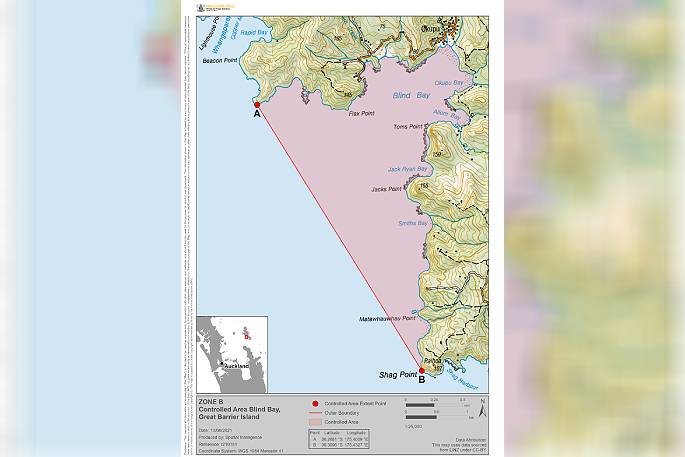 A map showing the Zone B prohibited areas.

Walsh says the controls aim to protect the island’s wider coastline while trying to not be too onerous for mana whenua and local people.

“People can still swim, dive, paddle or use a vessel in the Controlled Areas, so long as they don’t drop anchor.

“It’s the movement of equipment along the seabed which poses the risk of picking up fragments of Caulerpa and moving it elsewhere.”

The CAN is in place until at least the end of November.

If you are using Aotea coastal waters or planning to visit there, you must check the rules at: www.biosecurity.govt.nz/caulerpa