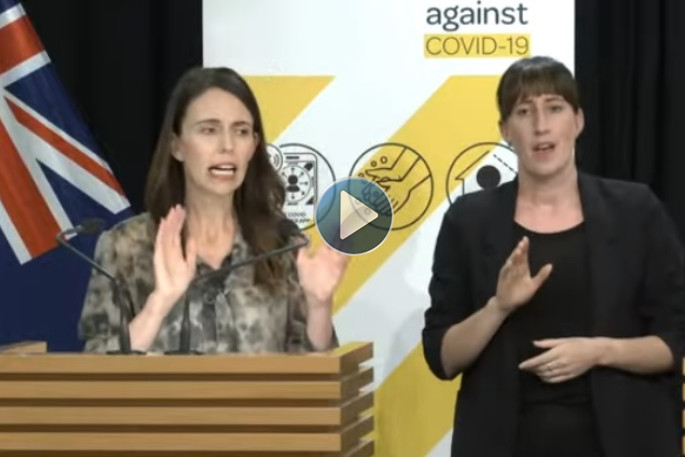 Prime Minister Jacinda Ardern and Director of Public Health Dr Caroline McElnay will provide an update on the current COVID-19 outbreak at 1pm.

There are 24 new community cases announced today, all in Auckland.

There are no new cases identified at the border today. More than 50,000 vaccines were administered yesterday.

The Health Ministry says 21 of today's cases had a known connection with previous cases.

All of today's cases are in the Auckland area and all of Wellington's 17 cases have now recovered.

There have now been 1050 total cases associated with the current community outbreak.

Of the 20 community cases yesterday, 19 were household or known contacts of other cases, and only one was unlinked, the ministry says.

Eleven and 13 cases were reported on the previous two days.

There are 13 people in hospital with the coronavirus, with four in ICU or HDU.

There has been a total of 3704 cases of Covid-19 in New Zealand since the pandemic started.

A prisoner in Auckland has tested positive for Covid-19. It is understood the prisoner is currently on remand in Mt Eden Corrections facility, where they are in isolation.

He was among a group of about 13 taken into the remand prison on Friday and returned a positive test the next day, it is understood. All other prisoners in the group have tested negative.

They appeared in the Manukau District Court the previous day, it is understood. The court was then closed for a deep clean.

*Two previously reported cases have been re-classified as not cases, resulting in a net increase of 22 cases.

On Saturday, there were 20 new community cases of Covid-19, all in Auckland - just one case is unlinked.

Today, Sunday marks the longest amount of time any part of the country has been in alert level 4 as Auckland continues to be under lockdown restrictions.

More locations of interest linked to the outbreak continue to be added. A petrol station in Mount Maunganui was added on Saturday.

Z Central Parade in the Tauranga suburb has two different times of interest listed – September 11 between 10:10am-11:15am and Tuesday between 9:55am-11:15am.

The petrol station joins locations outside of Auckland now considered of interest, after a truck driver who tested positive was found to be infectious while visiting Hamilton, Cambridge and Tauranga.

Looks like we need to put a ring around the Waikato. Set up another border force. Hahaha. The penny is STILL not dropping.

It is not only circulating in Auckland, it is circulating outside of Auckland. There will be hundreds, if not thousands, who have had it or got it but didn’t get tested. Why would they? For most people the symptoms are zilch or very mild. Just shows the stupidity of a zero Covid “strategy”. It’s like trying to herd ghosts. Get over it and get out of the cave.