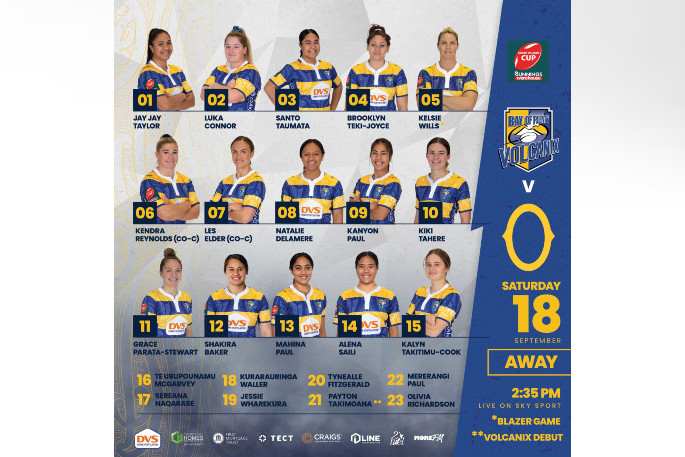 Kick-off is from 2.35 pm on Saturday 18 at Blake Park and will be broadcast live on Sky Sport 2. Image: BOP Rugby.

The Volcanix 2021 campaign restarts today as they prepare to face Otago at Blake Park.

After a lengthy period of no rugby, the players finally got a chance to get back to training last week in what has been a quick turnaround in preparation for this weekend.

"We have just tried to respect that everyone deals with things differently," says Volcanix Head Coach Rodney Gibbs.

"Being able to get back to rugby is a good way of bringing people back together.

"The players are keen to get back out on the field and play some footy."

The team set to take to the park includes some notable milestones, including Kelsie Wills' Blazer game. It is the second blazer game of the season and achieved by representing the Volcanix for 15 caps.

Under COVID19 level 2 restrictions the match will be played with a strict no crowd policy for health and safety purposes.

The game day programme can be viewed online by clicking here.