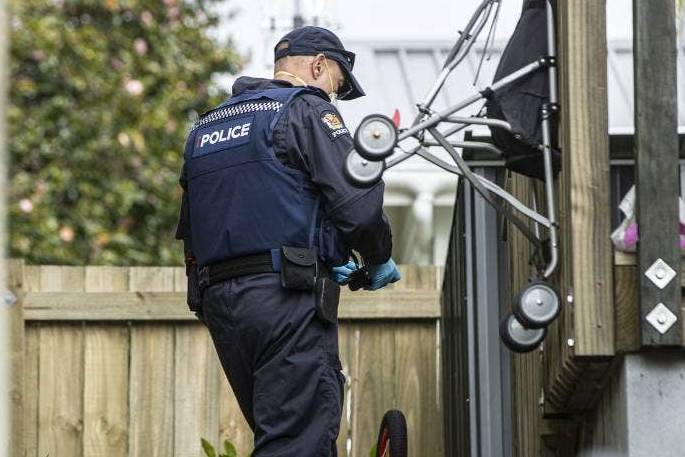 Police pictured at the scene of the alleged murder on August 29. Photo: CHRISTEL YARDLEY/STUFF.

The 27-year-old woman facing a charge of murder over the death of a child in Rotorua has been granted interim name suppression and remanded without plea.

The woman appeared at the High Court in Rotorua on Friday where Justice Graham Lang also placed a suppression order on the reasons for her name suppression.

No plea was entered and Justice Lang remanded her in custody ahead of a case review hearing on November 26.

Crown prosecutor Amanda Gordon said there were 17 witnesses that could be called for the trial, but that the Crown case was “relatively confined”.

She was charged after police were called to an address on Rimu St in the Glenholme suburb just after 10.30am on Sunday, August 29.