They’re with me when I’m running 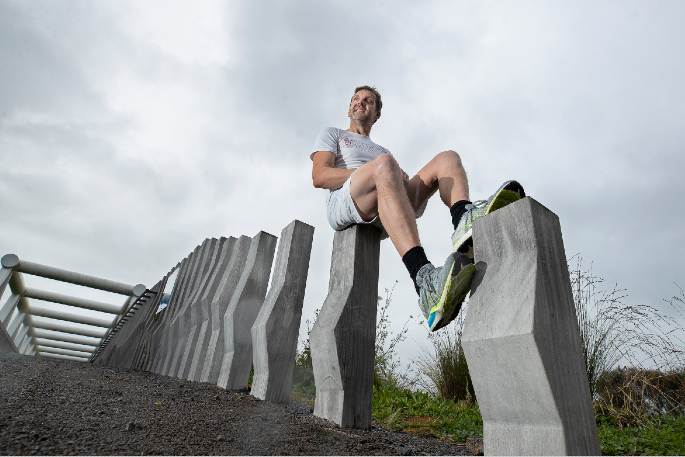 Andy Kirk knows all about the devastating impact of pancreatic cancer. He has lost both of his parents and his brother to the disease.

“It's virtually unheard of that so many members of a family get pancreatic cancer,” says Andy.

The Tauranga man is unsure if it’s genetic, but he has been referred to a genetic genealogist to find out more.

Determined to raise awareness and money for gut cancer, Andy began running the Auckland Marathon, with last year marking his first-ever attempt at the 42km route from Devonport to Victoria Park.

“After I finished, I said ‘never again - I’m not going to do another one’,” he says.

During the 2020 event, Andy got intense cramps in his legs at around the 34km mark and had to slow down, meaning he didn’t make his goal of completing the course in under four hours. This has also inspired him to try again this year.

“After the first one I could hardly walk and I thought ‘is it worth it?’

“Then I thought maybe it wasn't too bad, so I decided to put my name down for another.”

He has since decided to run a total of three marathons; last year’s was for his brother, this year will be for his mum and next year he’ll do it for his dad.

Andy had a photo of his brother on his t-shirt when he ran last year, and will have one of his mum when he runs the marathon on October 31.

“They’re with me when I’m running,” he says.

Originally from the United Kingdom, Andy moved to New Zealand 14 years ago and says the hardest thing was being so far away from his family when they were diagnosed and going through cancer treatments.

The money he raises will go to the Gut Cancer Foundation, which aims to increase life expectancy, survival rates and quality of life through research, education and awareness.

At the moment, Andy runs around 70km a week as training, but as the marathon gets closer, he will run closer to 90km.

The 49-year-old does longer runs on the weekends and breaks it up during the week with shorter runs, interval training and hill climbs.

His weekend runs are between 15-20km at the moment, but that distance will increase to 30-35km as the event draws near.

“It keeps me fit,” says Andy, “and the fitter you are, hopefully it keeps cancer away.”

Andy’s fundraising can be found on the Auckland marathon website.