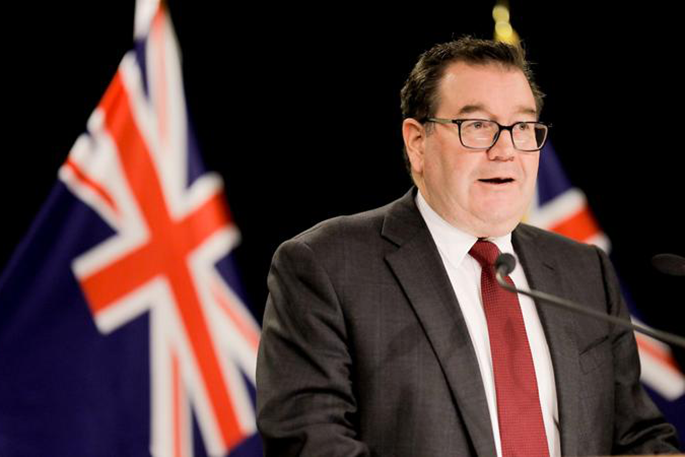 The economy showed strong momentum in the period leading up to the recent Delta Covid-19 outbreak, which bodes well for a solid economic rebound, says Finance Minister Grant Robertson.

GDP rose 2.8 per cent in the June quarter, following on from a 1.4 per cent increase in the previous March quarter.

Robertson says this is a significantly better result than most forecasters had predicted.

Treasury had forecast a rise of 0.8 per cent in May’s Budget, and economic commentators using more recent data had forecast around a 1.2 per cent rise. Internationally, the OECD average was 1.6 per cent.

“Excluding the September 2020 quarter, this is the strongest quarterly growth that we have seen since 1999. The economy in the June 2021 quarter was 4.3 per cent above where it was in the pre-Covid December 2019 quarter,” says Robertson.

“Household spending remained buoyant, led by retail spending on electronics and furniture, eating out and holidays. The services industries, which make up two-thirds of the economy, grew strongly with higher activity in engineering, architectural and consulting services.

“Activity in the construction sector continued to rise, driven by residential building, while there was solid growth in manufacturing. Businesses’ confidence in the economy was also reflected in investment levels, which remained high and above pre-Covid levels in the December 2019 quarter.

“This bodes well as we come out of lockdown. It shows our science and health-led plan has continued to work for the economy. Our quick and decisive response to this outbreak, including providing cashflow and confidence through schemes such as the Wage Subsidy, will also help the economy to rebound quickly again. We do know, however, that the impact has been uneven and we will continue to work with affected sectors to support them in these challenging times.”

On an annual basis, the economy grew 5.1 per cent, says Robertson. The size of the economy was $340 billion.

“New Zealand continues to outperform many of the countries we compare ourselves against.”

Compared with New Zealand’s 2.8 per cent quarterly growth, Australia rose by 0.7 per cent, the United States by 1.6 per cent and Japan by 0.5 per cent, while Canada declined by 0.3 per cent.

Only the United Kingdom grew by more, up 4.8 per cent, reversing recent falls in activity.

“The stronger economy has been reflected in the Government’s books, with lower deficits and debt position than had been predicted, and well below that of other nations that we compare ourselves against,” says Robertson.

“Ministers have decided to use the greater fiscal headroom to top up the Covid-19 Response and Recovery Fund by an extra $7 billion. There is also an additional $3 billion available to spend from money previously allocated in the fund that has not been spent. We have already boosted support to business in this lockdown and the extra funding will be targeted at further economic support as well as building resilience in our health system, supporting the vaccination rollout and border and MIQ provision.

“We are in a strong economic position to protect lives and livelihoods and plan for the gradual and careful opening up of New Zealand to the rest of the world to secure the recovery. Our focus remains on keeping New Zealanders safe, accelerating the recovery and dealing with long-standing issues such as climate change, housing and child wellbeing despite the uncertainty and volatility globally around the ongoing impact of Covid-19.”

Saved by the farmers again.

Primary Exports lead the way again. Farmers are highly efficient, hardworking and leaders in productivity. Yet they are taxed for the Ute’s, criticized all the time yet efficiently produce food for the world that keeps us afloat. NZ over all has low productivity yet very costs are high. Without productivity business can’t pay for a the extra , sick leave, annual leave , pregnancy leave etc that are ever increasing costs on employment. These factors and covid stroll out is killing and will kill a lot of businesses , big and smaller so a lot of pain yet to come, so we shall see if our economy is robust enough to stand the debt

Not sure a lot of businesses will agree.

Sounds like smoke and mirrors accounting. Borrowing billions that we and children’s children will be paying back. The economy is only working for some