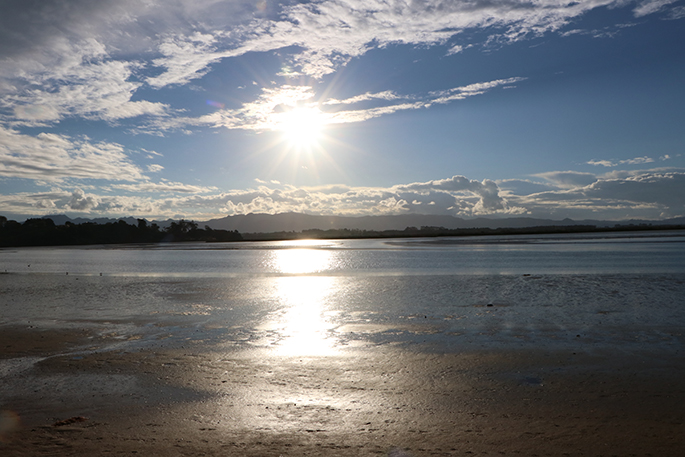 There is a brief respite in the turbulant weather we have seen this week.

Typically, changeable springtime weather continues over New Zealand as the working week draws to a close.

The MetService forecasting a low pressure system from the Tasman to move over the North Island/Te Ika-a-Māui, bringing widespread tempestuous weather.

However, there is some respite; it will be a settled start to the weekend, although short-lived ahead of another front reaching the country on Sunday.

The low has already brought widespread rain and wind to the North Island/Te Ika-a-Māui.

Several Heavy Rain Watches remain in place into Friday, while windy weather is affecting the lower part of North Island. An orange wind warning is in force for Taranaki until early Friday morning.

Heading into Friday afternoon, the continued movement of the low, takes the system into the Pacific Ocean. While this means drier conditions returning to most areas, Hawke’s Bay, Gisborne and the Wairarapa will remain wet, cold and windy.

"As the low moves away, cold southeast winds push over the east coast and inland, lifting warmer air above it," says MetService meteorologist Luis Fernandes.

"This is a perfect cloud and rain-making scenario, and we expect the rain to be fairly persistent in the area today. For this reason, a Heavy Rain Watch has been issued for Hawke’s Bay until late Friday afternoon."

The same southeast wind flow will keep Canterbury and Otago cloudy and particularly cold on Friday with temperatures remaining in the single digits for the day.

"That’s about 5 to 6 degrees below the average maximum temperatures for this time of the year in those regions."

The rain gradually eases off on Saturday for Gisborne and Hawke’s Bay as a weak ridge of high pressure briefly passes over the country.

This means clearer and drier, but cool conditions, for the start of the weekend for almost everywhere in Aotearoa.

"As is often the case with clear and dry weather, overnight temperatures can take a dive and that’s exactly what we are expecting this weekend.

"Frosts are likely for many areas inland on Sunday with current forecasts indicating temperatures dipping below freezing in the Wairarapa and Canterbury.

"By Sunday afternoon, the next front will be moving up the west coast of the South Island and wet weather reaches Buller, Tasman and Nelson overnight.

"By Monday morning, wet weather will have returned to most of the North Island as well."