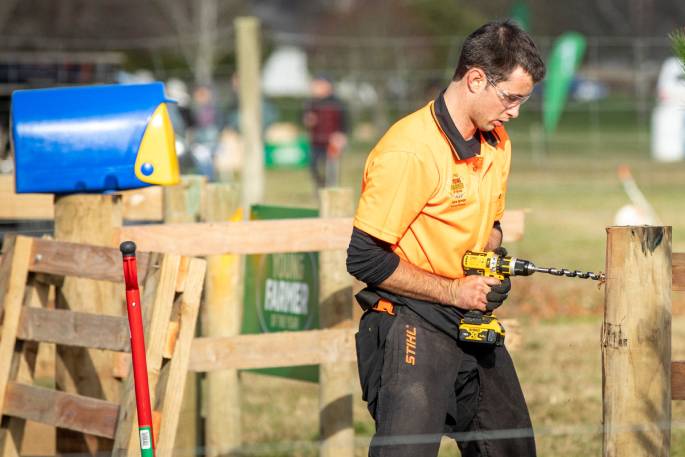 On August 22, 1969, Gary Frazer from Swannanoa was crowned the inaugural Young Farmer of the Year, the same year that the first Fieldays event was launched at Te Rapa Racecourse.

Over 50 years later, the competition still stands as a staple event in the rural calendar and an opportunity for rural youth to come together and showcase their skills, knowledge, and stamina.

The current and past Young Farmer of the Year, Jake Jarman and James Robertson, are young agri professionals trailblazing through the primary sector in their respective fields.

Jake Jarman gained the title, 53rd Young Farmer of the Year In July. A couple of months later, Jake says the excitement surrounding his win has settled now, and he’s getting back to his normal routine, working as a relationship associate at ANZ in Ashburton.

“It was definitely a rollercoaster afterwards with lots of celebratory messages, interviews, emails, and what not, so now things have settled down I’ve got my life back a bit,” he says.

Jake’s roots go back to Inglewood, Taranaki, where he grew up on his parent’s dairy farm, so he’s no stranger to practical farming work, despite his current role being in an office. His role at ANZ sees him supporting relationship managers in their customer-facing roles, helping manage over 100 customers.

Jake says being the FMG Young Farmer of the Year has helped him prove his credibility to rural customers who aren’t aware of his farming background.

“They love having a wee chinwag about Young Farmer of the Year, and it shows them that I’m not some city-slicker that sits in the bank and doesn’t get their hands dirty,” he states.

“It proves that I can do all the practical farming stuff too.”

The 51st FMG Young Farmer of the Year, James Robertson, made history in 2019 when he became the youngest person to score the title. He says Young Farmers has been his source of inspiration since he was little and being a part of Young Farmers over the years has presented him with a wealth of opportunities.

Like Jake, James grew up on his parent’s dairy farm. The farm is based in Cambridge just down the road from Mystery Creek, so Fieldays has always played a part throughout his life.

James currently works as a technical assistant at Fonterra. He’s worked for the co-operative over the past four years on a range of projects. His current role is fast-paced and varied, as he assists Fonterra’s managing director of co-operative affairs.

“Recently, I’ve spent time on the road consulting with farmers for the current capital structure review and have been working with the core team to sift through their feedback,” he says.

“Doing that groundwork resonates back to my upbringing and farming background which makes my role really fulfilling.”

This year’s FMG Young Farmer of the Year finalists came to Fieldays from up an down the country and went head-to-head in a one-off contest. This gave them a feel for what they could be up against in the grand final on the first weekend of July.

“Getting the finalists to compete at Fieldays was a great opportunity for them to get a taste of what the final will be like and build awareness around the contest,” says James.

James, who also attended the event this year, says that Fieldays is a great opportunity to network with agribusiness professionals but also to catch up with people he hasn’t seen in an age.

“It’s such a great place to connect with everyone. I caught up with so many people I wasn’t expecting to: school mates, industry contacts, university, work colleagues, and all sorts.”

An important goal Young Farmers achieves is connecting young people with a like-minded community and encouraging them to get into the food and fibre sector. Jake and James are very passionate about inspiring the next generation of young farmers. 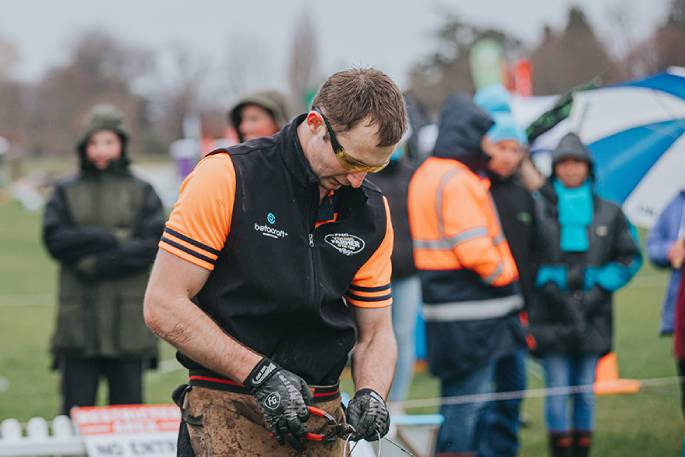 James, who is on the Young Farmers board and the contest subcommittee, says The FMG Junior Young Farmer of the Year contest is a way young people can showcase their rural skillset amongst their peers.

“It’s rare that you see a competition that recognises school students who spend their weekends helping their parents on farm or farming as their part-time job,” he states.

“The FMG Junior Young Farmer of the Year is a neat way of showing them that their skillset is special and should be recognised.”

While it is important that students with the farming know-how consider a career in agriculture, Jake notes that students who are non-farmers should as well, to meet the demand of workers needed in the sector.

In this year’s competition, the FMG Young Farmer of the Year finalists were required to give a speech. Jake’s topic was “what I wish school leavers who are non-farmers knew about opportunities in ag.”

“I have mates from uni with non-farming backgrounds, that are now on farm or in working in the primary industries.

“We should all be champions for our industry and tell our stories to kids, so they can realise the wealth of opportunities on offer and get inspired about New Zealand being a leader in this field.”

For more information head to: fieldaysonline.co.nz.