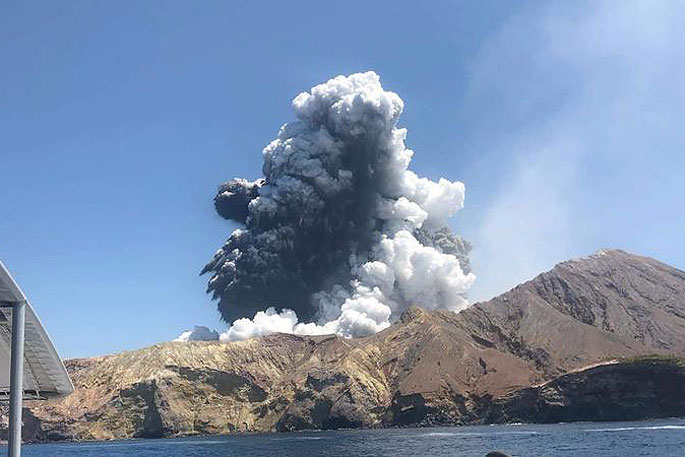 An independent review of WorkSafe's handling of Whakaari / White Island leading up to the deadly eruption is months overdue.

This follows an earlier, separate probe of adventure activities, which indicated WorkSafe did not have direct oversight of tourism operators, relying on third-party auditors instead.

It also said adventure activities had been low priority and there was a lack of engagement with operators and enforcement.

Now the subsequent WorkSafe review is still being finished, five months after the initial deadline.

When asked why, Minister Michael Wood gave a written statement to RNZ.

"My understanding is that it's practically complete,” he says.

"David Laurenson QC requested more time because of the complexity and volume of information that needed to be assessed. Of course, I'd have liked to have seen it done faster but it is an independent review, so it's important to maintain that independence."

Wood expects the findings and recommendations would be publicly released after they have been considered by government.

Lawyer Stacey Shortall, the co-author of the book Health and Safety at Work in New Zealand: Know the Law, hopes there will be a quick response.

"MBIE [the Ministry of Business Innovation and Employment] undertook the review of the adventure activities regulatory regime and of course MBIE has the oversight role of WorkSafe,” she says.

“All of these entities and agencies are interconnected, so I do think the minister's decision to commission an independent review is a very good step."

She says WorkSafe was expected to both regulate industries and crack down on them, which created tension.

The Whakaari eruption has made that even more complex.

WorkSafe is carrying out its biggest prosecution ever - against seven tourism companies, the owners of the island the Buttles, the National Emergency Management Agency and Crown researchers GNS Science.

At the same time, WorkSafe's own conduct leading up to the eruption is being reviewed.

Some have argued this critique should be broader but Shortall says: "That then brings you directly into challenges with the ongoing prosecution and the coronial inquiry that's under way as well."

"It becomes very vexed as to how you manage all of those - competing in some ways - lines of work at the same time."

University of Otago senior lecturer Lesley Gray, who specialises in disaster-related health risks, expects the findings will have wide-reaching consequences.

"At the time of the Whakaari / White Island eruption, there was somewhere around the region of 300 operators across New Zealand in adventure activities," she tells RNZ.

"So there will be significant interest from lots of different operators."

In a statement, the Ministry for Business Innovation and Employment says its priority was to update victims and their families on the WorkSafe review's progress, before saying anything publicly.

Together, the two departments have budgeted more than $18 million over four years for their response to the eruption.