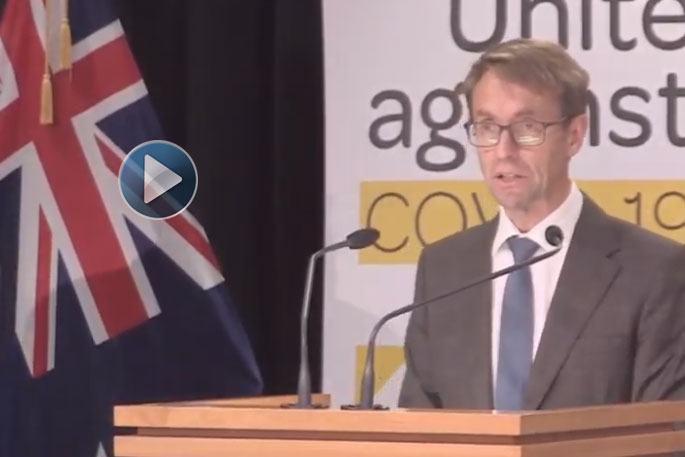 A truck driver who has tested positive for Covid-19 has travelled across the Auckland border to Hamilton, Cambridge and Tauranga.

They work for food provision services and their contact was limited to deliveries and drop-offs.

Bloomfield says they are unsure if the driver travelled to these places during their infectious period.

He says there may be exposure events and they are working to see if there are locations of interest but they are unsure of these as yet.

If there are locations these will be added to the Ministry of Health website, he says.

This shows the importance of surveillance testing, says Bloomfield.

Prime Minister Jacinda Ardern says the driver was previously tested on 22 August and this shows the importance of testing.

Nothing is foolproof which is why alert level 2 is so important, says Ardern.

The truck driver is one of 13 new community cases today, this brings the total number of cases in the current outbreak to 996.

There are 460 people who have recovered and 19 people in hospital with the virus with four of these people in ICU.

Five cases have been identified in managed isolation and quarantine with two of these historical.

Bloomfield says all but one of today cases are linked to known cases and most of these are household contacts.

Ardern also spoke about alert level changes ahead of the final decision Cabinet will make on Monday.

She says so long as Auckland is in Alert Level 3 or 4 there needs to be a greater level of preparedness in the rest of the country, so it will stay at alert level 2.

If Auckland does move down an alert level next week, the rest of the country will see some easing of the alert level 2 rules.

If Auckland moves to level 3 next week, Cabinet would consider raising the amount of people allowed at gatherings in Level 2 to 100 people, says Ardern.

"Our alert level system served us very well over the last year and a half, but as vaccines become more and more a part of our toolkit, we need to integrate them into our system."

The first vaccination buses are beginning their work in Auckland this afternoon.

Ardern says the country has hit another milestone today in its vaccination programme, with 3 million first doses now delivered nation-wide.

"Thanks to all those who have been vaccinated so far. But we have the capacity to do even more and even faster."

She says there is the ability to have 80 per cent of eligible people vaccinated with their first dose in Auckland this week.

"It's the most important thing you can do to help us as we work together to get out of lockdowns."

On Thursday, Bloomfield announced 14 new Covid cases. All in the Auckland community.

A total of 20 people were in hospital with the virus. Three in North Shore, 11 in Middlemore and six in Auckland. Four are in ICU or HDU.

All 14 of Wednesday's cases were epidemiologically linked.

Cabinet is expected to meet on Monday to discuss this and an announcement of either or not the alert levels will be shifts down is expected in the afternoon.