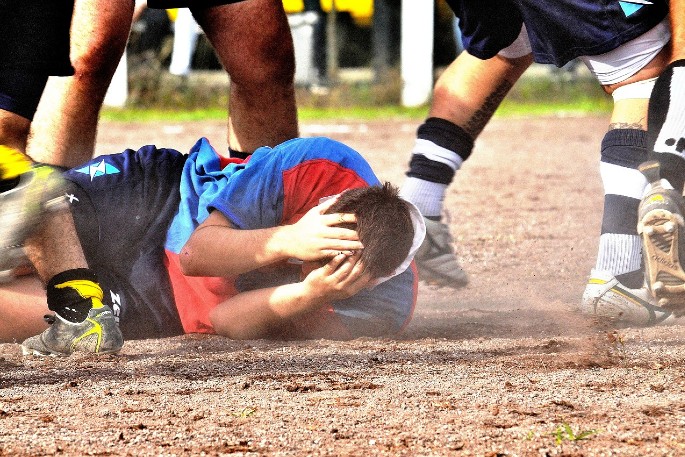 ACC partners with New Zealand Rugby to run a programme to minimise the impact and incidence of injuries in rugby, including raising awareness of concussion. Photo: Supplied.

A total of 635,657 rugby injury claims were made to the Accident Compensation Corporation for players aged five to 40 years between 2005 and 2017, a nationwide study of injury insurance claims shows.

More than three quarters of claims or 76 per cent were for soft-tissue injuries, 11 per cent resulting from fractures or dislocations, 6.7 per cent from lacerations, 3.1 per cent, or 19,705 claims, from concussions and two percent from dental injuries.

Of those, 28,069 claims were made for traumatic brain injury/concussion.

This large-scale study provided significant new information about the injury epidemiology of community rugby players and highlights differences in injury rates between genders and age groups.

Rates of rugby injury increased rapidly with age from childhood to adulthood; rates for adults, 18 years and over, are about four times higher than rates for players under the age of 17.

While there have been multiple studies of the epidemiology of rugby injuries from throughout the world, the preponderance of these have dealt with players at the elite level of the sport, who represent a small fraction of the overall playing population.

The injury epidemiology of players at the community level of the sport, and especially of female players, has been investigated in relatively few research studies.

Some researchers and safety advocates have suggested that injury surveillance in youth rugby is not as comprehensive as it ought to be.

The relative lack of research on the risks of injury for community-level players, especially for children, has led to competing claims about whether rugby is an acceptably safe sport.

With a few exceptions, most rugby-related injury surveillance projects published to date have involved the collection of injury information from researchers and/or medical personnel associated with teams.

The rate of concussion claims made to the ACC almost certainly reflects only a small subset of the number of concussions players sustain, based on the range of rates derived from previous studies of rugby injury epidemiology.

Reasons for players not seeking treatment for concussions, and thus not making a claim, may include lack of recognition of the injury by the injured player or their family or teammates.

Or it could be a belief that the injury is of insufficient severity to require presentation to medical providers.

Further research into the extent to which concussions are underreported in New Zealand rugby, and the knowledge, attitudes and behaviours of rugby participants with respect to concussions, is warranted.

“With ACC reporting 28,000 claims from 2010 to 2020 by rugby players relating to concussions and traumatic brain injuries (TBI), the sport needs to be engaging with the dementia care sector in a more proactive way,” says Scott.

“Organisations such as ours are expert in providing support, education and knowledge based on research, practice and dealing at the grass roots of communities across the country so we see the what’s happening on the ground every day.

“This isn’t just isolated to rugby but all high impact sports where the head is exposed to collision type injuries, such as rugby league. We all need to be thinking about the long-term effect that concussion and TBI will have on players’ welfare long after they’ve retired, not to mention the strain that is placed on whanau and friends when it comes to caring for them,” says Scott.

“In this country, the provision of support and care to the estimated 70,000 people living with dementia is grossly under-funded by the government and the unfortunate rapid growth curve of this disease means Aotearoa New Zealand is facing a massive tidal wave of 170,000 people with dementia over the next 25 years.”

Scott says it’s pleasing to see the efforts being made by rugby to ensure player welfare while they’re playing but more can be done because the brain is so important to the overall functioning of a human body from cradle to grave.

The New Zealand Foundation says rugby is leading the way in creating a safety first ethos, progress is being made. Rugby is determined to maximise player safety, it says.

The foundation says it works with 101 former players who have suffered life changing injury.

Those 101 people are made up of tetraplegics, paraplegics, walking tetraplegics, four traumatic brain injury, one with locked in syndrome, one amputee and three eyesight affected.

The foundation’s website says any link between concussion and long-term cognitive issues is extremely difficult.

“No conclusive scientific link shows any difference to that of the broader community, but the anecdotal issues cannot be ignored,” the website says.

“There are multiple causes for dementia unrelated to trauma, including many other sport and physical activities."

ACC has previously run knowledge, attitudes and behaviour surveys across secondary school sport which highlighted that sports students felt there needed to be more education to students, coaches and referees around recognising concussion and also on the severity of the injury.

ACC partners with New Zealand Rugby to run a programme to minimise the impact and incidence of injuries in rugby, including raising awareness of concussion.

New Zealand Rugby has carried out more specific research on behaviours around reporting or intention to report.

One of the surveys of NZ high school rugby players found the most common reasons given for not reporting a concussion were not wanting to leave a game or miss future games (31 per cent) and not knowing they were potentially concussed (27 per cent).

The survey found awareness of NZR concussion guidelines improved from 50 per cent in 2000 to 63 percent in the current study (2020).

Research conducted by New Zealand Rugby shows that missing games or trainings is one of the most common reasons cited for not reporting a concussion.