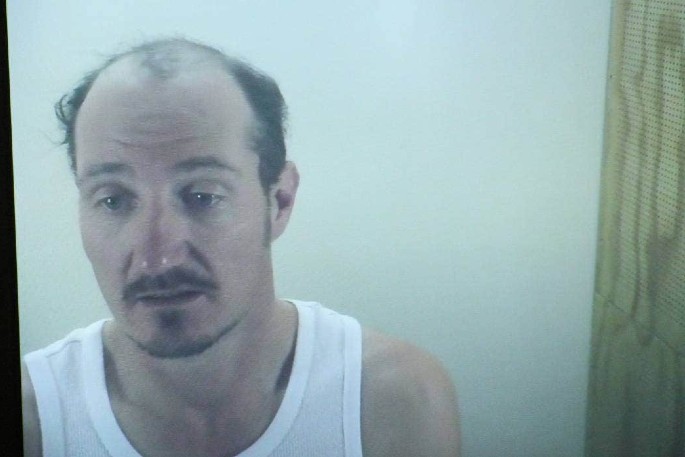 Nicholas Parker, pictured at an earlier hearing, started printing his own money to help support a drug habit, according to his former partner. Image: Benn Bathgate/Stuff.

A Tokoroa aluminium joiner has found out the real cost of printing fake money, including “a stack of fake $50 notes”, after being sentenced to two years and two months imprisonment.

Nicholas Albert Andrew Parker, 38, received the sentence at Rotorua District Court today after pleading guilty to a raft of counterfeit cash charges, including possession of “a stack of fake $50 notes” and the equipment and materials to make false documents.

Cooper also said the fact identical forgeries had been found across the central North Island indicated the charges he was being sentenced for “only show a sliver of your activity in relation to forging bank notes”.

“The commercial world and people personally rely on the integrity of currency, so forgery of a bank note is a serious matter,” he said.

Cooper also said Parker had suffered an abusive and traumatic childhood, something set in motion drug abuse problems then criminality.

According to charge sheet details, Parker possessed, and used, fake $50 notes across the Bay of Plenty and Waikato, with specific charges relating to offences in Hamilton, Tīrau, Cambridge, Rotorua, Mount Maunganui, Pūtāruru and Taupō.

The manager at one location visited by Parker on his fake cash spending spree, Jasmine Strickland, 24, later told Stuff about the distraction technique he used when purchasing items at the Pricewise store in Mt Maunganui’s Bayfair shopping mall.

As he paid for the items, Parker told her ““You’ve got such nice hair, you’re looking really nice today”.

“That’s what got me,” says Jasmine. “That’s his way of [distracting you] and getting you to quickly change the money and give him the change.

“I did have a rough morning ... for him to say that lifted my spirits.”

Jasmine handed Parker $37 in change and wished him a nice day. 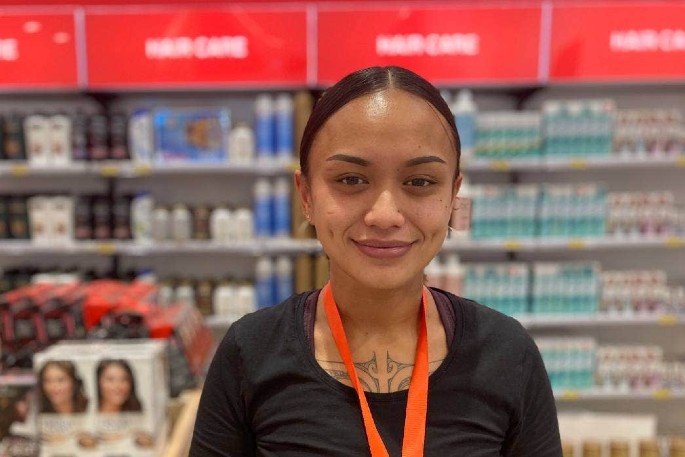 Jasmine Strickland, manager of Pricewise Bayfair, was initially fooled by a fake $50 note presented by Nicholas Parker, but later tracked him down. Image: Tony Wall/Stuff.

She later realised the deception when a colleague returned from the bank where a cash machine had rejected a $50 note.

With the help of an off-duty cop who happened to be passing, Jasmine confronted him and he handed back the $37 and goods.

Parker gave a false name and left the mall, but the officer took a photo of him on his phone. That photo was circulated among police, leading to Parker’s arrest about three weeks later in Tokoroa.

He also entered guilty pleas to two charges of possessing equipment and materials capable of being used to forge a document, and possession of “a stack of fake $50 notes knowing it to be forged”.

The police summary of facts outlines how Parker used the fake $50 notes to buy goods, pocketing the legitimate currency handed back as change.

He also provided an associate with approximately $1000 in forged $50 notes, with the plan that the associate would spend some of the money with the pair later splitting the legitimate currency received back in change.

The summary also reveals how a police search of his address on April 12 this year found implements and materials “capable of producing counterfeit money and false identity cards”.

A further search of his ex-partner’s address on April 28 found similar implements and materials, plus “a stack of apparently finished forged $50 notes, these are yet to be counted”, the summary said.

The summary said Parker has spent considerable time “perfecting the forged $50 notes” and that, as a result, the notes closely resembled genuine $50 notes.

“The only obvious discrepancies between the forged notes produced by the defendant and genuine notes are the type of paper used, and the absence of the watermark in the clear windows.”

Parker admitted the facts as outlined by police, and said he didn’t have any money “and wanted to make the money and IDs so he could get accommodation and buy food and clothes”.

The maximum penalty for possession of implements to produce fake banknotes is 10 years imprisonment.

...I’m glad he didn’t get a worse sentence. He’s not a real criminal; rather a product of his environment. Counterfeiting (at the organized crime level) is pretty much as serious as drug running because it undermines our economy and affects ordinary folk who are trying to make a living. This is a "homemade backyard" effort, driven by a drug need and bad parenting; not the same thing at all. Still "wrong" but understandable. I hope he gets straight and breaks the cycle. One of the very few times when a "wet bus ticket" is OK, PROVIDED the support is there to make sure there is no repetition. (It’s so long since I’ve seen a $50 note, I’d probably inspect it with awe if I had one...)

What a joke but jokes are funny. 2yrs 2 months is under the 3yr threshold so is automatically halved. Got a total wet bus ticket compared to the theft and stress he has caused to so many other people.