Jobs for everybody – Otakiri Springs CE 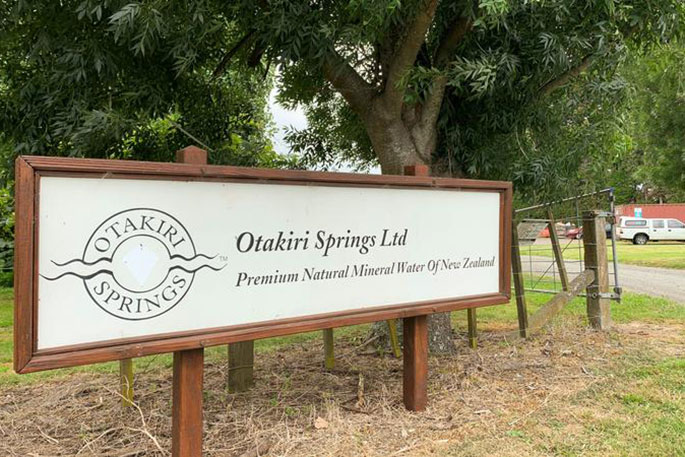 Otakiri Springs chief executive Jim Robertson says he has no regrets about his decision to sell his water bottling plant to Creswell NZ, despite the Court of Appeal decision that will drag the already five-year saga out even further.

Last month they were granted leave to appeal a High Court judgement made in December last year dismissing their rights to appeal a 2019 Environment Court decision allowing the resource consent.

Mr Robertson said the Court of Appeal’s decision surprised him.

“I wasn’t expecting it because I thought the decision from the High Court was very comprehensive. But it is what it is. If the Appeal Court judge has made that decision then so be it. We can only work within the legal framework of New Zealand.”

With the sale of the plant to Creswell dependent on the resource consents, Mr Robertson, who has been involved with the aquifer for the past 43 years said it was his current 11-person staff that he felt bad for, some of whom had worked at Otakiri Springs for many years, and those who continued to come to him seeking employment.

“It’s difficult for our staff. It’s more the uncertainty of the future for them. I would have liked to have been retired by now, but that’s obviously something that’s going to be out in the future, and we have to keep going with it.”

He said, however, that if he had it to do over again, he would make the same decisions. Though there had been a lot of hostility from a small number of people in the community, there was also a lot of support from people who shared his vision of job creation, such as members of the Kokohinau Papakainga Trust board.

“When there have been issues, they have been exceptionally supportive for our staff. Our staff are the ones that take the brunt of it. Because it does reflect on them, and it does hurt. Especially with social media. People hide behind the keyboard and make statements that are very untrue.

“When it affects our whanau it’s hard to deal with. It’s tough to hear people who don’t live here and are not locals criticising me, my staff and my business. It’s not nice. He said it hurt when he read comments by those opposed to the expansion of the plant that the 50 new jobs that Creswell had guaranteed “were not worth it”.

“This statement really belittles our staff. The person who made the statement needs to sit behind my desk for a time and hear the stories from people who come to our office seeking employment. Learning new skills, the creation of employment - it’s got to be beneficial to our economy. It must be better for our nation. To state that they’re not worth it is unbelievable.”

He said as well as the 50 jobs guaranteed within the plant once Creswell took over, there were about another 160 jobs outside of the business for logistical personnel, mechanics, electricians, people who service the operations, “and that doesn’t include construction jobs”.

“We did a lot of research in the beginning. The company will be fantastic for the area. The owners of the business look after their people and they will look after the aquifer. It’s in their own interest to make sure that it’s sustainable.”

“Creswell have tried to positively engage with our neighbours, addressing issues, offering concessions, which includes the upgrade and reconstruction of the Hallett Road intersection. We’ve had staff who have had accidents there so that’s got to be a plus. They’re going to install barrier arms to the railway crossing and also a bus stop for the school children. They’re looking at upgrading Johnson Road and installing a footpath and creating access to the Tarawera River. It’s all positive steps to make it safer for our community.”

He said one of the common misconceptions people had about increasing the size of the bottling plant was that they would be taking a huge amount of water from the Awaiti aquifer.

"It isn’t a massive amount. The aquifer is extremely active and the water that runs past our property actually runs out to sea. The amount that is allocated by the regional council is only 35 percent of what is actually recharged into the aquifer on an annual basis, not what is held in the aquifer.

“We’ve been involved for 43 years and know this aquifer very very well and the things that go with looking after it and maintaining it and making sure it is fine and I think we are a very small cog in a very large wheel. There’s lots and lots of water for everybody."