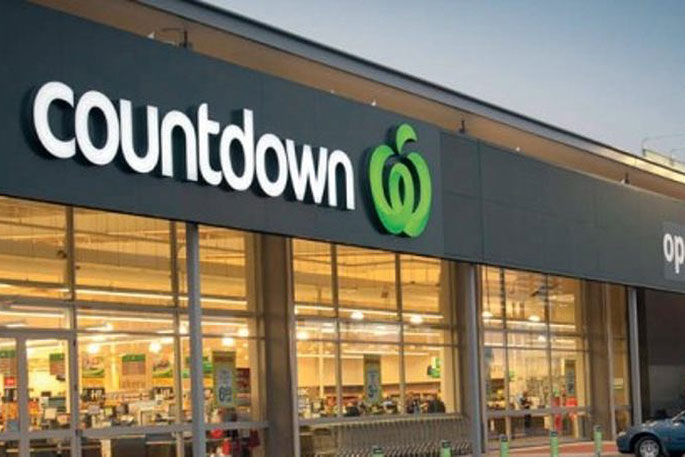 The LynnMall Countdown is likely to reopen today with increased security measures - a week after the terror attack which left seven people injured.

The west Auckland supermarket in New Lynn has been closed since Ahamed Samsudeen picked up a knife and stabbed several shoppers on Friday last week.

Countdown spokesperson Kiri Hannifin says the company has purchased body cameras to curb a surge in violence and verbal abuse towards staff.

She told Checkpoint the incidents have been compounded by lockdown and the terrorist attack.

"The aggression that we're seeing all the time - it's anybody, it's about people's behaviour.

"In the last few days since Friday we've had some terrible verbal abuse ... related to that incident on Friday night and ... that's just awful. It's hate speech.

"I really would like those people prosecuted for what they've said to our people.

She says abuse in stores this year is worse than the previous Auckland lockdown in August 2020 - which was a 600 per cent increase in violence.

But she says abuse is up across the country and mostly it is around the rules to wear masks.

"We had a physical assault today ... we had an incident in a South Auckland store where a team member was punched down the aisle. It's physical and it's verbal, it's been a tough month.

"We had a store manager slapped at the weekend.

"[It] makes me feel very distressed and sick to my bones."

Hannafin says the 26 staff on shift during the LynnMall attack are still upset, and a couple are uncertain about returning.

"I think there's a couple who aren't quite ready to come back, which is completely fine. We found that in Dunedin as well.

"Some people want to come back because it's normality and it's with their friends."

She says there are daily check-ins with staff and professional support.

Hannafin says there are financial incentives for staff working through the level 4 lockdown, like 10 per cent extra pay, and 10 per cent off groceries.

We are all stressed at the moment.

But that is when we see true character come in. How much control do you really have? Is it OK to fly off the handle even if there WAS a provocation? No. So why do it when there is NO provocation? Most of us are doing our best. Front line staff certainly are. Make a point of keeping your frustrations to yourself until you can find a more positive way to vent them... (like posting to Sun Live, or playing Rugby, or generally getting the exercise you need so badly...). As the Sallies rightly point out: "We are all in this together"... Don’t be "that" guy....

The courts need to deal with this.

How awful that people doing great service to the public in trying times are abused or worse assaulted by what I can only think of as mean and stupid people. I get that people may be stressed but the idea that any person just doing their job as best they can should be a target is mad. Lashing out is appalling for most likely nothing to do with the staff but just the requirements of government policy and store management. Hope the body cameras calm things, seems we need more within community who abuse hospital staff, police, anybody in the firing line. Abusers and attackers need a hard lesson and shame upon them

This sort of behavior from customers is absolutely appalling and charges of physical assault should very definitely be initiated. As for the verbal abuse slap them with a trespass order. No staff anywhere should have to tolerate abuse of any kind. People are people and we all lose our rag at times but there is absolutely no need whatsoever for abuse be it verbal or physical. Get some self control and self respect and start showing respect and thankfulness. It’s not your right to use any business so take the privilege respectfully for both yourself and others. A number of staff at Countdown Fraser Cove do need to start wearing their mask properly however. Pulled down under the nose is ineffective.