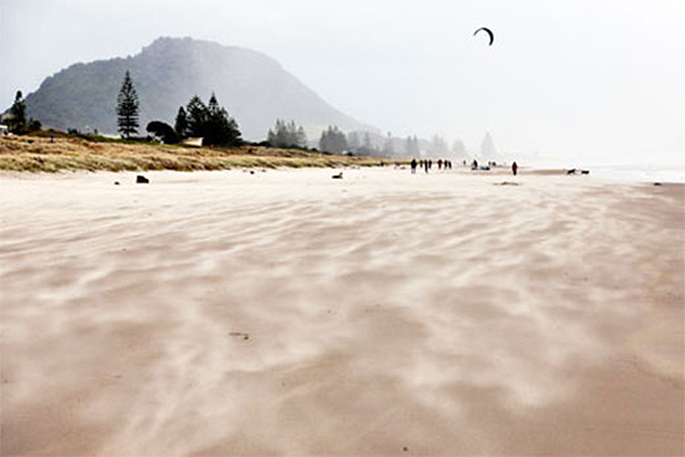 Some more windy weather is on its way for the Bay of Plenty.

A smorgasbord of weather is being forecast for New Zealand in the coming days.

WeatherWatch.co.nz says more severe weather is on the way as spring westerly gales surge up and over NZ, bringing more heavy rain and snow with them too.

Heavy rain and strong winds are being predicted for the Bay of Plenty, while snow is on the cards for the more southern areas.

"Friday has the next round of severe gales with gusts of 140 to 160km/h on the tops of the ranges in the lower North Island and upper South Island and gusts between 100 and 140km/h lower down to sea level," says a spokesperson for the weather organisation.

"On Sunday another surge of severe gales push through the South Island and then on Monday moves in to parts of the North Island.

"Friday looks to have the most intense winds while Monday's gales look less intense, although still severe in places."

Rain and snow are being forecast to be heaviest on the West Coast and through the Southern Alps and heavy falls (rain and snow) may impact some alpine and West Coast highways.

Meanwhile, temperatures are springing up and down around the country.

"Today parts of Southland and Canterbury that had snow falling to quite low levels yesterday have daytime highs of +14 to +18C today. Classic spring!

"The next surge of colder air comes in on Friday for the South Island with a 24 hour delay into Saturday for the North Island."

See below for more details about what region can expect what in the coming days: