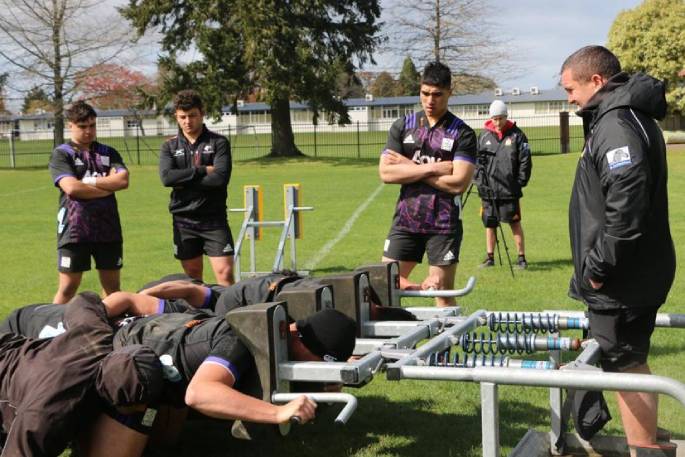 An abundance of talented young rugby players have been selected from across Chiefs Country to attend the annual University of Waikato Chiefs Region Under 18 Development Camp.

The camp will run from October 11 – 14 at St Paul’s Collegiate School in Hamilton.

The camp is renowned for being a key event in the pathway for local players to make the step into professional rugby in the future.

There will be a large focus on skill development and Chiefs culture, before playing two matches against the Hurricanes U18 in Turangi on Friday, October 15.

The camp has a proud history of featuring well-known Gallagher Chiefs and All Blacks. Many current Gallagher Chiefs players, particularly current All Blacks have attended the camp including Sam Cane, Luke Jacobson, Tupou Vaa’i, Quinn Tupaea and Samisoni Taukei’aho.

“We are excited by the group of players that we have selected – including the standby players. We have a number of First XV teams performing very well on the national stage at present, which is a credit to the quality coaching and preparation throughout our region.” says Currie.

Currie acknowledged that this year’s camp will be unique in the fact that club players have been invited to attend.

“I would like to congratulate the selected players. They have displayed quality skill sets, fitness levels and work ethic during their respective First XV and Club seasons. This will be the first time we have selected U18 club players to attend our camp. This is to provide an opportunity for those players within our rugby landscape that missed selection last year as an U17 Year 13 player and who could potentially fall through the cracks.”

The following players have been selected to attend the Chiefs Region Under 18 Development Camp, proudly sponsored by the University of Waikato:

The following players have been selected as standby players: