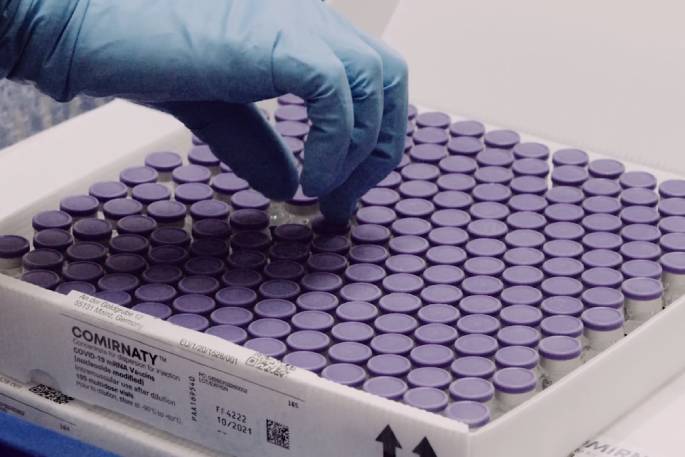 2.6 million New Zealanders have had their first dose, including 366,000 who had their shots over the last week.

More than four million doses of the Covid-19 vaccine have now been administered in New Zealand.

Speaking at today's government update, at which it was revealed there were 15 new community cases today, Covid-19 Response Minister Chris Hipkins says 2.6 million New Zealanders have had their first dose, including 366,000 who had their shots over the last week.

Giving an update on the possibility of the current outbreak's link to the Crown Plaza MIQ facility in central Auckland, Hipkins says the facility has been the subject of extensive reviews.

"The exact chain of transmission from the MIQ returnee is not able to be determined."

He says the investigation found it was "highly unlikely" that a member of the public may have been infected.

Hipkins says work has been done to seal the walkway from the Crowne Plaza hotel and changes have also been made to operating procedures.

The Crowne Plaza will reopen tomorrow as a managed isolation facility.

Please Dr Morepork, get vaccinated if you want but don’t tell others what to do. Tons of evidence due to high numbers of vaccinated getting covid, and statements from the doctors involved in the vaccine suggest it’s a total failure. The more you Nazis push, the more us in the Resistance will resist. The government doesn’t want to win the war on covid. To keep control, the war will be continuous. Why do you feel the need to give your uninformed opinion on almost every story???

This is good news.

No matter how assiduously we track infection and contact trace, there is always a chance that an infected person could be missed. The ONLY real chance at any security for us is vaccination. Even though it may not be perfect (it is actually very much better than the donkeys would have you believe - 96% effective for Pfizer is one of the best of the available vaccines...), it is STILL way better than NO protection against Delta. We should insist that nobody travels without vaccination (in or out) just as was done with Smallpox, which is now extinct in the wild and kept alive only in laboratories for research purposes. Getting vaccinated is not just morally right; it is logically right as well.