Any of the teams could win the T20 - Bond 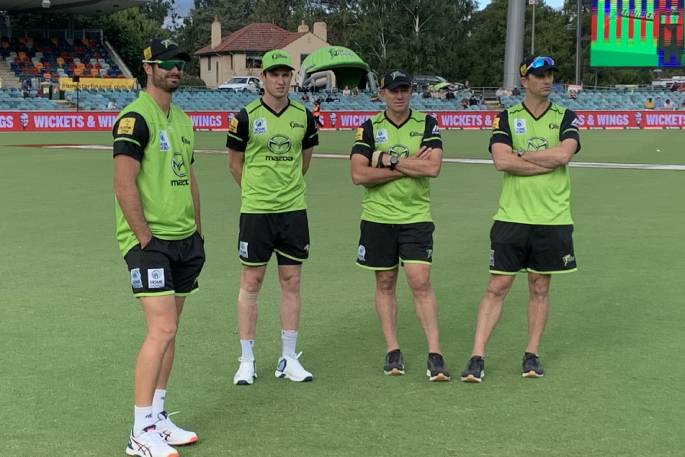 One of the fastest bowlers ever in world cricket, Shane Bond, believes any of the teams this year could with the T20  cricket world cup.

Bond, who bowled at over 156km during the 2003 one day world cup, says the nature of T20 cricket is all about who gets it right on the day. The tournament in the UAE and Oman will run from October 17 to November 14.

“This team has a really nice mix of experience. Guys like Devon Conway, Glenn Phillips and Karl Jamieson have been around for some time, though this will be their first world cup,” he says.

“Our team has match winners and that’s what makes T20 exciting and seeing who is in form. Most games will be very tight.”

The competition for places in the playing XI for each match has never been so competitive.

The best bowler of the Hundred short-version competition in England, IPL Mumbai Indians quickie Adam Milne is just listed as an injury cover.

“That’s a testament to the depth of the current crop of Black Caps. We have 10-12 pace bowlers who could make the side and I’m pleased Adam is travelling with us.

“He bowled well for us for the Sydney Thunder. He is a terrific guy and a terrific bowler… We’re finally lucky to be able to call on a lot of really good bowlers like Tim Southee, Trent Boult, Karl Jamieson, Adam and Lochie Ferguson, complemented by Daryl Mitchell. Matt Henry, who is a super bowler, is not even in the picture for this tournament.

“New Zealand has gone to another level in recent years across all forms of the game. We’re the world test champion and we were in the final of the 2019 one day world cup, which we almost won.

“There is more depth now and players are just not clocking up games and experience, they are hungry to go all the way.”

Bond, Boult and Milne have recently arrived in Abu Dhabi to join the Mumbai Indians camp ahead of the second half of the IPL 2021.

They have to finish quarantine before joining the rest of the MI contingent in the training camp.

Most of the Indian domestic players of the Mumbai side are already in UAE and have been training for the second half of the tournament since August 17.

Shane Bond and Boult will now have to finish quarantine before joining the rest of the MI contingent in the training camp.

Bond says he hopes Mumbai will flourish in the second half of the IPL tournament. The performances of Boult and Jasprit Bumrah will be pivotal to the team's hopes of winning their third consecutive IPL trophy.

He says he has a lot of time for Bumrah, one of the top three fast bowlers in the world now, who is into his seventh season for Mumbai.

“He has an amazing ability to perform key clutch moments, with magic and awesome spells  which has helped us win titles. And look at how he bowled in the fourth test at the Oval in the last afternoon to spark their victory.”

The remaining matches of the Indian Premier League (IPL), which was suspended in May due to covid, will resume from September 19 in the United Arab Emirates and Oman.