Dust on the decline in Mount industrial area 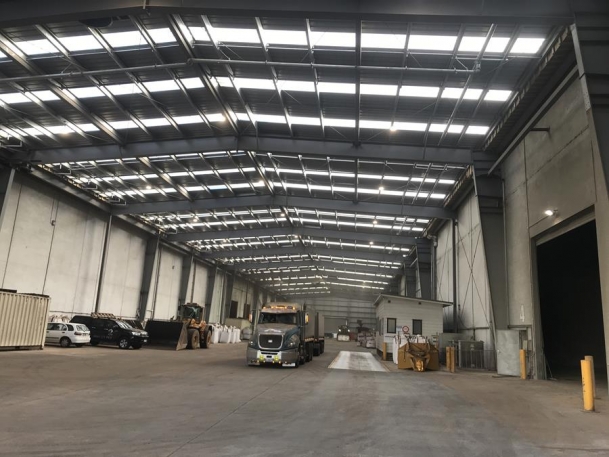 Roof that has recently been installed to connect various sheds on Hewletts Road, reducing the possibility of palm kernel dust becoming airborne. Image/Supplied.

Air quality data shows that dust pollution is on the decline in the Mount Maunganui industrial area.

Toi Moana Bay of Plenty Regional Council expanded their monitoring network in this area in November 2018.

Since then there has been a steady decline in the number of exceedances of national guidelines for fine dust, the most concerning pollutant across New Zealand.

Monitoring and operations committee chairperson, Councillor Kevin Winters, says this a positive step forward for the Regional Council which is starting to see the benefits of its investment and work in this area.

“We’ve got 11 monitors in the Mount Maunganui industrial area and these are situated near known sources of pollution so we can measure levels where they are most concentrated.

“These monitors recorded 16 exceedances of limits set by the Ministry for the Environment in the first year, 13 in the second year and with year three almost complete, we’ve only recorded 6 so far.

“Even one exceedance is too many, but it’s great to see we are moving in the right direction.

“This monitoring comes at a cost ($500,000 per annum), but it’s important we’re able to get an accurate picture of what’s in the air here and whether its triggering exceedances.

“Factoring in environmental conditions, this data enables us to build a picture of the issue and work with industries whose dusty activities are likely contributing to the problem.

“What it’s showing is that air quality issues are not unique to urban areas, but they are amplified in an urban environment due to the greater levels of human activity.

“It’s also showing that compared with colder parts of the country, where wood and coal used for home heating continues to degrade winter air quality, the quality of air in this area appears to be improving,” says Kevin.

The dust that settles in the Mount Maunganui industrial area, and basically all urban areas, is a mix of both natural and human sources.

Man-made sources are more varied, with dust samples taken on any given day likely to show signs of particles from activities associated with the Port of Tauranga, industrial process sites, particles from vehicles such as from the exhaust, tyre and brake wear, and emissions from shipping to name a few.

Kevin says the improvements seen can likely be attributed to actions taken by some businesses.

"The sealing of some hard surfaces within the industrial area and installation of dust fences around the perimeter of the port is making a difference.

“Another recent example of industry helping to address the dust problem is the installation of a roof extension which connects four sheds housing palm kernel on Hewletts Road.

“What this data doesn’t speak to however is odour. We know that for many who live, work or play in this area odour can be a significant issue and negatively impact mental health.

“We acknowledge this is hugely frustrating for those impacted.

“We continue to use what tools we have in our toolbox to address odour issues, including reviewing resource consents, drafting stricter rules and responding to calls to the Pollution Hotline. We also carry out enforcement action as required, including the recent successful prosecution against Ziwi.

“Alongside Tauranga City Council and Toi te Ora we’re just one part of the solution though and industry needs to continue to step up,” he says.

What about all the fine coal dust floating around when unloading the ships with cheap Indonesian coal.