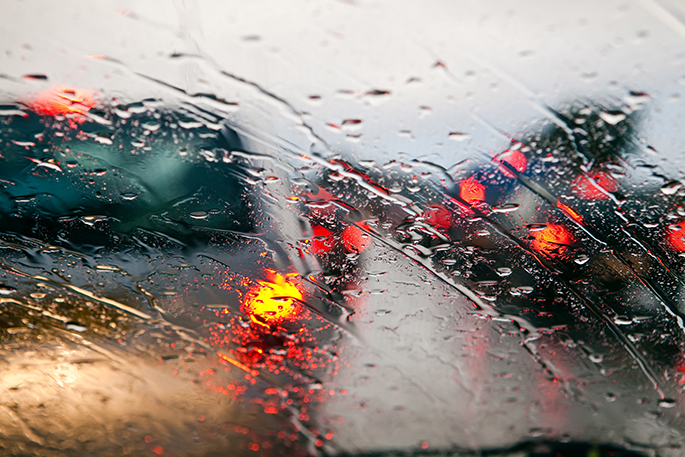 Heavy rain and strong winds are being forecast for many parts of NZ.

A severe weather watch is in place for the Bay of Plenty today.

The MetService is forecasting heavy rain and severe gales for parts of New Zealand.

Heavy snow is also possible for southern Fiordland, says a spokesperson for the weather organisation.

Snow is also being forecast for the Desert Road.

In the 12 hours from 9am Wednesday to 9pm Wednesday, snow showers are expected to affect the Desert Road.

Expect 2 to 4cm of snow to settle on the road near the summit, with lesser amounts down to 800 metres, says the MetService.

"A front moves eastwards across the North Island today, while an associated low moves southeast across the Far South.

"The low should move away to the east today, leaving a cold southwesterly wind change sweeping across New Zealand.

"This weather system is forecast to bring heavy rain and strong winds to many parts of New Zealand, and possible heavy snow to southern Fiordland."

Warnings and Watches remain in force for many places.

"A second colder southwest change is expected to spread up the country from late tonight into Wednesday, bringing snow to low levels, but Warning amounts of snow are not expected at this stage.

"However, snowfall is expected to affect many South Island roads and passes and may cause stress to livestock.

"People are advised to keep up to date with the latest forecasts." 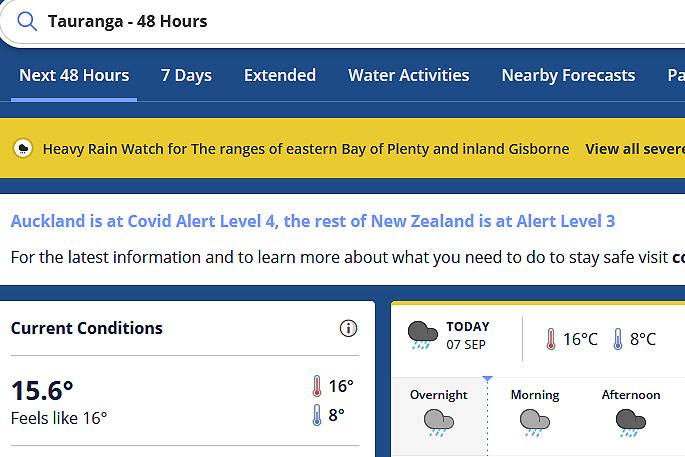 Area: The ranges of eastern Bay of Plenty and inland Gisborne
Valid: 7 hours from 6pm Tuesday to 1am Wednesday
Forecast: Periods of heavy rain. Rainfall amounts may approach warning criteria.

Area: Fiordland south of Te Anau
Valid: 15 hours from 3am to 6pm Wednesday
Forecast: Snow is expected down to 200 metres during this time, with heavy falls above 400 metres. Snow amounts may approach warning criteria above 400 metres.

Area: Marlborough apart from the Sounds
Valid: 9 hours from 9am to 6pm Tuesday
Forecast: North to northwest winds may approach severe gale in exposed places.