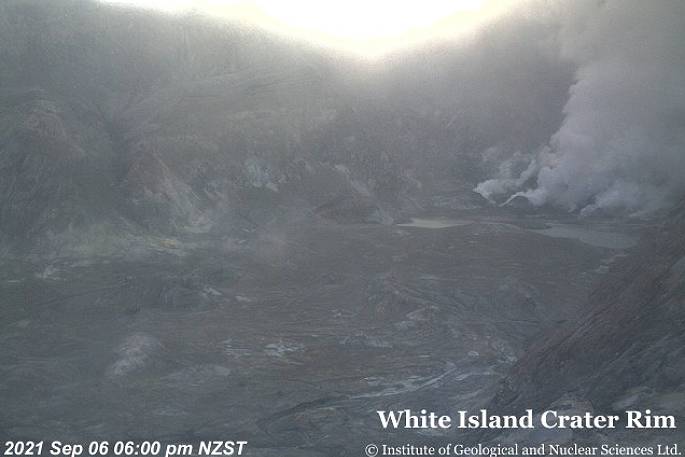 The view from White Island's crater rim at 6pm on Monday. Image: GeoNet.

While intermittent ash emissions have reduced since last week, the volcano remains in a moderate to heightened state of unrest.

"The volcano is emitting a lot of hot gas and steam and coupled with weather conditions, this has caused plumes to form above the island. These have been well observed from the coast."

Yannik says satellite based ground deformation measurements continue to show a broad region of subsidence around the active vents.

He says this may be attributed to the release of pressurised gas at depth which has fed the recently observed plumes.

"It's likely that weak wall fragments fall into the gas stream through the active vents, leading to the reported ash emissions. We have recorded several volcanic earthquakes, but other seismic activity has been minor."

Equipment that provides real-time monitoring on the island is currently degraded and we are continuing to work on restoration options, says Yannik.