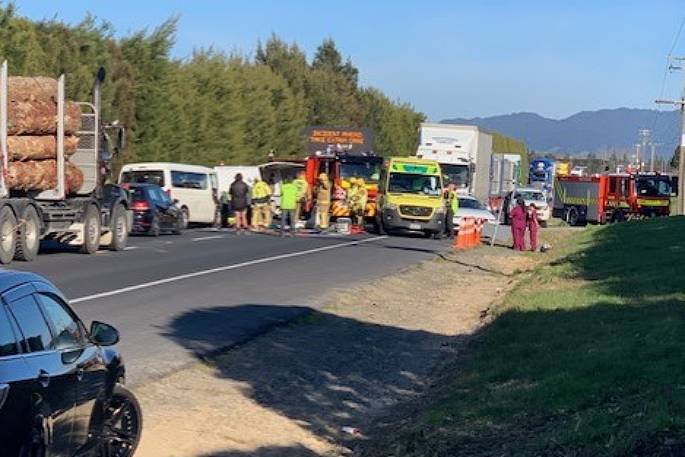 A police spokesperson says they were called just before 8am. Supplied images.

UPDATE 10.06AM: State Highway 2, near Paengaroa, is now open following a serious crash.

Emergency services were called to a crash between a van and truck just before 8am.

The road was closed for a couple of hours as emergency services worked to clear the scene.

UPDATE 9.02AM: One person is reported to be seriously injured following a crash on State Highway 2, near Paengaroa.

Emergency services are at the scene of a truck and van crash on SH2, near Wilson Road.

A police spokesperson says they were called just before 8am.

"It looks like one person has serious injuries and remains trapped."

Police say three people have been injured in the crash, one with serious injuries and two with moderate to minor injuries.

"Diversions are in place – along Wilson Road South, and along State Highway 33." 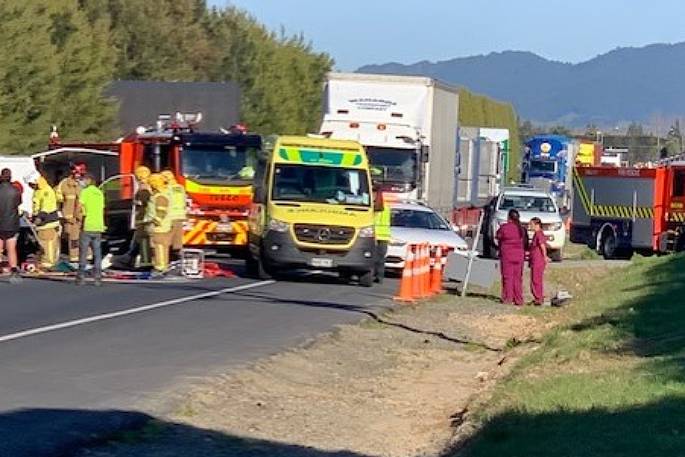 Reports are coming in of a crash on State Highway 2, near Maketu.

A SunLive reader says it appears a vehicle, possibly a van, and a truck have crash on SH2, near Wilson Road South.

"Emergency services are at the scene.

"If people are travelling this way, they should expect delays."