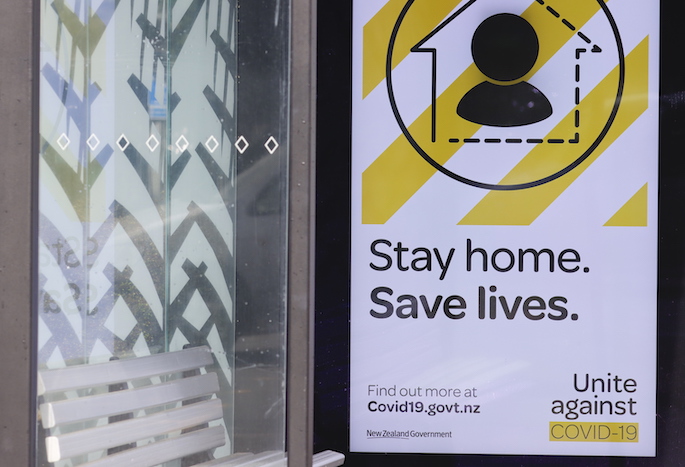 Police are reminding everyone to stay local, keep your bubble exclusive and don’t forget the basics, including social distancing and contactless protocols. Photo: File.

Police are urging the public to remember the COVID-19 Alert Level rules in place across the country.

"For those outside of Tāmaki Makaurau, there's a reminder that Alert Level 3 still requires people to limit their movement," says a Police spokesperson.

Police across the country will be maintaining high visibility and reassurance patrols.

"If you are unsure of the rules then visit the Covid19 website.

"We thank communities across the country for their compliance."

Police checkpoints operating in both north and south Auckland ran smoothly overnight and no issues were reported.

A total of 13,720 vehicles have now been stopped at the ten checkpoints on Auckland’s northern and southern boundaries.

The five northern checkpoints have been in place since Northland dropped to Alert Level 3 at 11:59pm on September 2.

Between then and 3:30pm on September 3, 992 vehicles have been stopped at the northern checkpoints.

24 vehicles were turned away for non-essential travel.

444 of these vehicles were turned away for non-essential travel.

"This remains less than four per cent of all motorists and Police thank our community for their compliance."

The checkpoint with the most vehicles turned around was the Southbound checkpoint at SH1/Mercer off ramp where 164 vehicles were turned away.

Since Alert Level 4 came into place, 174 people have been charged with a total of 185 offences nationwide as at 5pm on Friday September 3 2021).

Of the charges filed, 124 are for Failing to Comply with Order (COVID-19), 38 for Failure to Comply with Direction/Prohibition/Restriction, 18 for Health Act Breaches, and 5 for Assaults/Threatens/Hinders/Obstructs Enforcement Officer.

In the same time period, 465 people were warned for 468 offences.

Of the formal warnings 198 were for Failing to Comply with Order (COVID-19), 153 for Failure to Comply with Direction/Prohibition/Restriction, 116 for Health Act Breaches, and 1 for Assaults/Threatens/Hinders/Obstructs Enforcement Officer.

As at 5pm on September 3 2021, Police have issued a rolling total of 3,257 infringements nationwide.

2,898 of these were issued under the previous Health Order, primarily for failing to remain at current home/residence other than for essential personal movement.

Police have now received a total of 16,046 105-online breach notifications.

In addition to the online breach notifications, a total of 10,287 Covid-19 related calls were made to the 105-phone line.

The majority (7,461) of calls were requests for information, and 2,826 were to report perceived Covid-19 breaches.