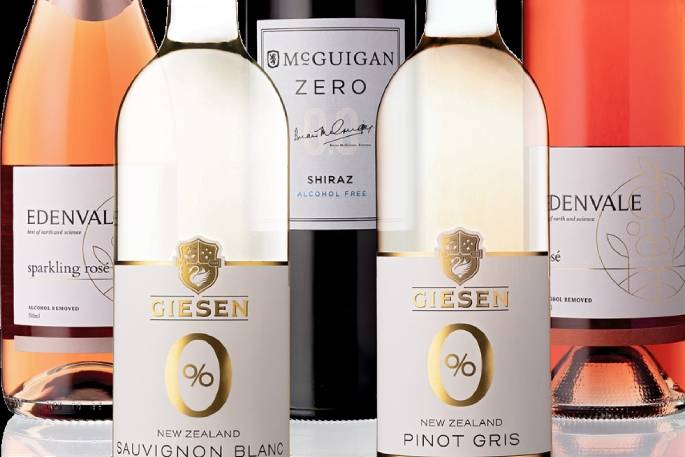 As New Zealanders reach for non-alcoholic wines now more than ever before, the 2021 New World Wine Awards judging panel has put them to the taste test and recommended five top drops for shoppers to try.

Awards’ 19-year history this year, attracting dozens of entries from the growing number of options now available from New Zealand and overseas wineries.

The judges put the wines through a blind tasting, not once but twice, during the judging event in July.

again in a single non-alcoholic round.

Co-Chair of Judges Jen Parr says it was “uncharted territory” for wine competitions, which typically score wines by the exacting 100-point scale.

“Standard wines include around 12 to 14 per cent alcohol which contributes to their weight and texture, so the lack of alcohol does make these non-alcoholic wines a bit different to judge.

“When tasting and evaluating them we were really focused on what consumers are looking for and considered those other important factors like flavour, balance, complexity and finish.

“It was a fun and interesting exercise, and we were really proud to be able to recommend these wines as the shining stars in this growing category.”

It’s likely the wines will prove popular in the supermarket wine aisle too.

Foodstuffs North Island Head of Deli, Bakery, Chilled, Beverages & Liquor Chris Anderson says that the combination of many ‘low and no’ alcohol product launches from local wineries, and more shoppers looking to moderate their alcohol intake, has seen interest in alternatives soar in recent times.

“During the first six months of 2021 for example, New World shoppers bought more ‘low and no’ wine than they did in all of the previous year.

“In response to growing demand, New World has recently introduced ‘Zero Zones’ within liquor departments where shoppers can easily find and explore the store’s range of non-alcoholic beverage alternatives.”

The New World Wine Awards Top 50 and full medal results will be announced in October.

The ‘Recommended’ non-alcoholic wines are: