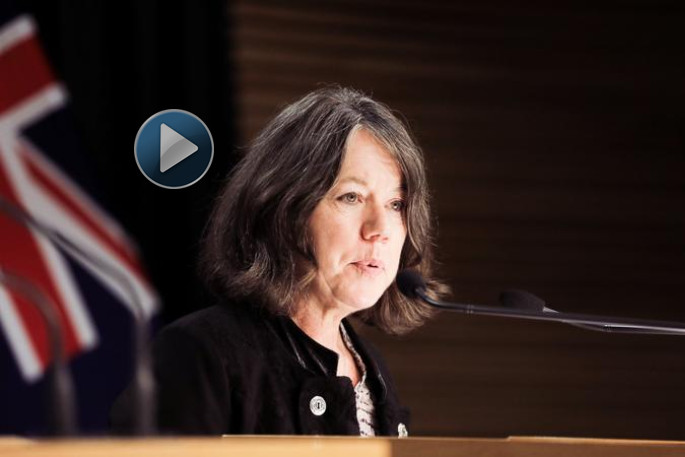 There are 28 new community cases of Covid-19 today bringing the total number of cases to 764.

One of the cases is in Wellington and the rest are in Auckland. There are also four new border cases in managed isolation and quarantine.

Of yesterdays cases 35 per cent of these have had exposure events in the community and 65 per cent were in isolation during their infectious period.

Deputy Prime Minister Grant Robertson says the numbers are encouraging but the job is not yet done.

"We must continue to be vigilant," he says.

Robertson also gave further details about the man who escaped a quarantine facility in Auckland yesterday.

He says there are no public locations of interest associated with the man who escaped MIQ in the early hours of yesterday morning.

The man was first tested as a close contact of another case. He was informed of the positive result at 1.22pm on Wednesday.

At 3.37pm he was contacted again by public health and he agreed to be transferred to MIQ, which happened at 6.18pm

CCTV showed him leaving his room before departing the facility at 1.07am.

He then walked home but there was no contact with others "as far as can be ascertained", says Robertson.

Police and defence force staff checked his room when they were alerted mid-morning on Thursday.

They then went to his house and took him into custody at 2.05pm

Roberston says the advice was there was low risk to public safety during the incident.

He says it is a regrettable situation that is being thoroughly investigated.

Roberston also spoke about economic support during the lockdown, and says IRD had approved almost 150,000 payments under a business support scheme.

Ministers had agreed to change restrictive settings of the resurgence support subsidy. Businesses can apply under the new criteria from next week.

On the wage subsidy, 242,600 payments have been approved this outbreak, says Robertson.

The applications for the second fortnight of the subsidy opened today.

There was no need for a government-backed scheme regarding mortgage referrals at the moment, he says.

Robertson says when it comes to the economic impacts of the lockdown, it's worth remembering we've been through one before and we recovered.

They are expected to be live from Wellington at 1pm.

Yesterday there were 49 new cases of Covid-19 in the community, with all of these cases in Auckland.

This brings the total number of cases to 725 with 709 in Auckland and 16 in Wellington. There were also four new border cases to report in managed isolation and quarantine.

There are 42 cases in hospital with 8 in North Shore, 19 in Middlemore and 15 Auckland. Six of the cases are in ICU or HDU.

Dr Ashley Bloomfield says the lower cases numbers are encouraging and show the alert level 4 measures in place are working.

Prime Minister Jacinda Ardern says a positive trend emerging is the rolling day average of cases is declining it was 61 yesterday and was 77 five days ago.

Encouraging results for an

While Covid will effect the economy no matter WHAT strategy is followed, the indications are it is not as bad as could be expected. We will recover and are already in the process of doing so. We paid back 32 billion for the ChCh earthquake and I’m sure we can do the same with Covid, once we get the virus eliminated and are back to some kind of normality. As a small business owner myself I have every sympathy for SMBs. We have curtailed some activity and we are surviving without needing help from the Government, but most of our clients are overseas. It is becoming apparent that the only flaw in the "elimination" strategy is compliance. As vaccination helps to take up the slack on this, it is becoming apparent that we CAN eliminate Covid and I believe we will.

That’s great. Businesses going bust is going the other way. You don’t hear much about those though.