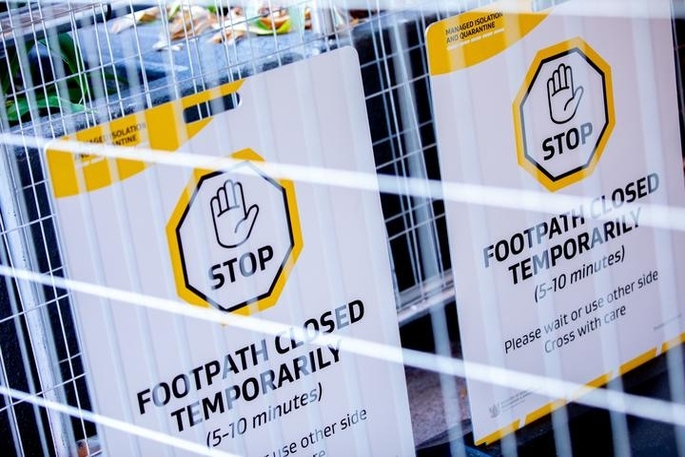 An MIQ worker is calling for clarity around Covid-19 vaccines recognised in New Zealand after he was inoculated in China.

He said there has been confusion among his employer and health workers regarding whether he is considered fully vaccinated after receiving two doses of Sinopharm.

The Ministry of Health said it's considering whether other vaccines could be allowed for border workers, but at the moment Pfizer is the only one recognised here.

Auckland man Thomas Wang went back to China to visit family in January. While he was there, he received two doses of the Sinopharm Covid-19 vaccine.

He returned to New Zealand in April and, earlier this month, he applied for a job at a managed isolation and quarantine hotel. He said he was told that his Chinese vaccination wasn't accepted.

"What I have done is not accepted by the employer and they just said I will ... make another reservation for you. You have to be vaccinated again," he said.

Wang said he next went to a vaccination centre but health workers weren't sure what to do.

"Everyone was puzzled. Everyone just wondered what to do."

Wang said he waited for an hour before staff told him that he didn't need to be vaccinated again.

He was given the job at MIQ, but said it's been inconvenient because he didn't have the vaccination card given to those who've received Pfizer.

Instead, he had an email from a GP practice saying he is fully vaccinated with Sinopharm and doesn't need Pfizer.

Wang said he didn't mind getting vaccinated again, as long as there are no health risks.

"Although there's not a lot of detailed information, it probably isn't as good as stopping you [from] getting just any infection, or potentially passing on an infection as a fully vaccinated person with Sinopharm compared to Pfizer."

McIntyre said given, Wang was working at the border, that had to be taken into account.

However, he said there aren't any major health concerns with getting a third dose of a different vaccine - it might just increase the likelihood of feeling a bit off-colour afterwards.

"Well, I think you could make quite a strong case that it would be appropriate for that person to have an additional dose of Pfizer just to increase their antibody levels," he said.

McIntyre said New Zealand needed to consider its position on people who have been inoculated overseas with different vaccines.

"I would say that it is a gap ... probably not a big gap, but nevertheless an important gap to fill, because these sort of situations of people who've had other vaccines and what does that mean in various contexts in New Zealand will come up more and more."

Unite Union represents MIQ workers. Its national secretary John Crocker agreed that with more people who have been vaccinated overseas returning to New Zealand and looking for jobs, it could become an issue.

"Not every vaccine is approved here yet, so we do need to keep that in mind when we're setting rules of entry and working in jobs that require vaccination."

The Ministry of Health said in a statement that being vaccinated is not a requirement for entry into the country and it's looking at the broader issue of recognised vaccines for inbound travellers to New Zealand.

It said it's preparing advice for the government and any decisions will be made public in due course.

A good point about recognition of doses and certification of vaccination. And I have to agree with you that the slowness of the Government (even though the reasons for it are understandable and have nothing to do with acceptance of mediocrity... ) is not helping. We are embarked on a high risk virus elimination strategy which most countries have rejected as "impossible" (they may be right) and it seems that we are winning. The only thing that can stop it is non-compliance. I want proof of vaccination for ALL travelers and I agree with you completely about MIQ; If no infected people are allowed to travel, we shouldn’t need it.

The free world (UK and EU et al) have digital Covid passports and digital proof of vaccination. And they have reciprocal arrangements to accept each other’s to allow people to move around. New Zealand’s vaccinations are not recognised anywhere. There are Kiwis who have gone overseas who have had to have a further two doses, just to be able to get in places. That’s 4 shots, which is not approved by any drug agency. Forced to do that because of the failure of the New Zealand Government to get Covid passports up and running, even though it was first mentioned a year ago. Snail pace again. Always at the back of the queue. Kiwis accept mediocrity. It’s why they’d rather have MIQ prisons than ICU beds. Duh.