Farewell to a legend of a police dog 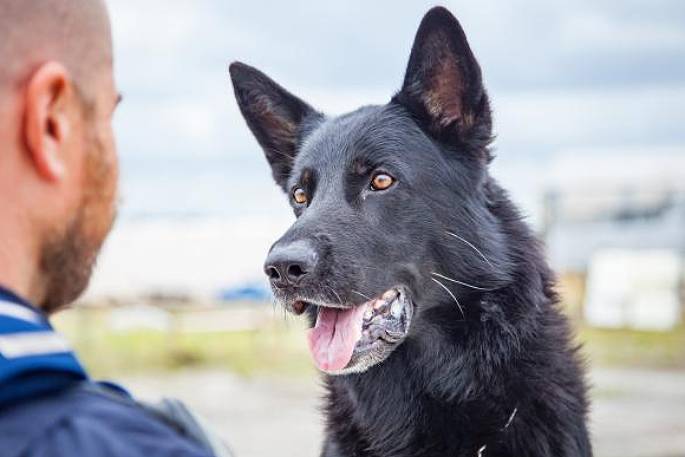 'RIP big dog. You were a legend.' Photo: Dog Squad/TVNZ/Supplied/TenOneMagazine

There are good police dogs, great police dogs and then there are the greatest of all time.

And that’s how retired police dog Ice is being remembered after his death on Friday, aged almost 13.

Here, Senior Constable Dave Robison has the last word on his legend of a dog.

Those who work with dogs know there is a bond you can’t really explain. You spend more time and share more experiences with your dog than you do with most humans.

I have been a Police dog handler for 18 years and have had a few dogs in that time, but none as special as my mate Ice.

His real name was Isaac, but that made him sound smarter than me, so it was shortened it to Ice.

He was one out of the box. He was first and foremost an awesome police dog, but he was also great mate to have around home with my family.

He has plenty of notches on his collar as far as catching offenders goes and tracking was one of his favourite things to do.

My family could hardly believe it when I’d tell them stories of him apprehending offenders because he was just like a pet at home. But when it was time for work, he was always up for the task.

A memorable job was when Kawerau staff had been trying to catch an offender on warrants for a while. They’d been to the address a few times and he’d evade them and run to the river and float away. This time I was positioned at the back fence, between the house and the river.

The I-car went inside and I heard someone running up the stairs. Then he came out on to the second-storey balcony, jumped on to the lawn, straight to the back fence where Ice and I were. He was going for the river again when Ice got him. Then the offender’s father tried to set his dog on us while waving a stick around but Ice stayed on task. 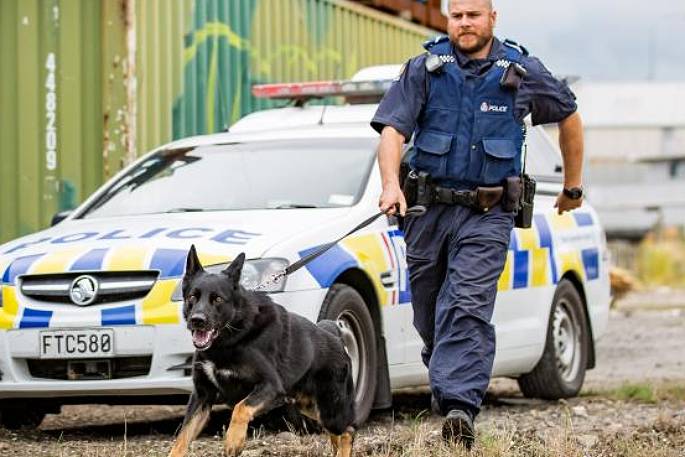 There’s a bit of pressure on when you’re tracking with your dog and other staff are waiting to hear where you are and wanting an update. But, with a dog like Ice, you knew you’d have a good chance of catching the target.

A few years ago in Whakatāne a couple from overseas were camping in a small tent when they were attacked by a group in the middle of the night. Suffering injuries, they ran to a nearby house for help. Ice and I were called out to try and catch the offenders.

Ice tracked them through the park and along the riverbank and located two of the offenders hiding. One tried to run and was quickly apprehended by Ice. This led to all offenders being identified and held accountable for their actions. Without Ice, they may have gotten away with it.

I’d joke that I was just his driver to get him to where he needed to be and if he could drive, I’d be out of a job.

I’d take him to schools and kids could crowd around him, pulling his ears and grabbing his tail and he didn’t care. He knew the difference between a school visit and a night shift catching bad guys.

He’d been retired for a few years and enjoyed lying in the sun, walks to the beach, hanging out with my family and sleeping inside on cold nights.

He will be missed.

RIP big dog. You were a legend. 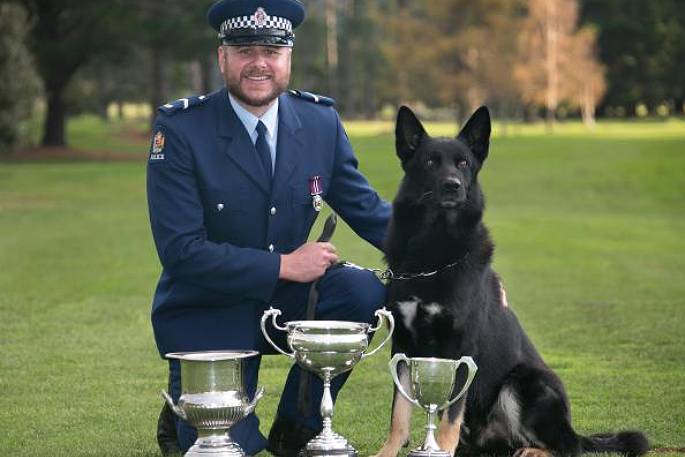 A moving tribute to a dog who was definitely "special"... Those of us who have owned dogs know what you are talking about.

for all the good work ice catching the baddies and keeping your handler safe R.I.P

To you and your driver, thank you for your incredible service to NZ, to our community. Strangely just this morning I went to flip my Delta calender to September and there’s Ice featuring for August. RIP good buddy.