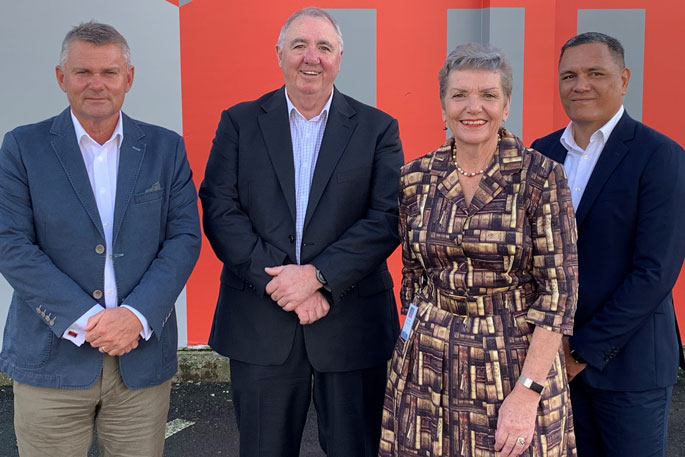 Commissioners met on Monday to discuss the city’s future representation arrangements, as part of its representation review in preparation for the 2022 local election.

It was determined the initial proposal will be for Tauranga residents to elect nine councillors – eight from eight general wards and one from a Māori ward – plus a mayor.

"We have carefully thought through all of the options presented to us. The option we are proposing ensures that the distinct geographical communities in Tauranga will be represented at the Council table. It also ensures the population that each councillor represents is spread quite evenly across the eight general wards."

The proposed eight general wards are: Mauao/Mount Maunganui, Arataki, Pāpāmoa, Welcome Bay, Matua, Bethlehem, Tauriko and Te Papa (which runs from Greerton through the city centre to the harbour bridge). 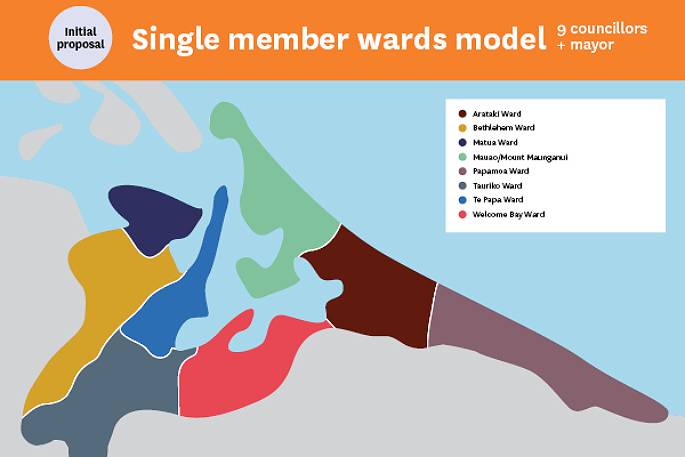 “This proposal is seen as more equitable in that everyone gets to vote for one councillor and the mayor," says Tolley.

“We believe the proposal will provide fair and effective representation for all of Tauranga’s residents. However, it is up to the community now to tell us if they agree."

The initial proposal will be open for formal submissions from Friday, 3 September, until 5pm on Monday, 4 October, 2021.

Submitters can also request to speak to their submissions at a Council meeting, scheduled for Monday, 18 October, 2021.

"It is important that people have their say on how they are represented on Council," says Tolley.

“We look forward to the formal submission process, so we can ensure we achieve the best outcome for our community.”

For more information and to make a submission (from 3 September 2021), visit www.tauranga.govt.nz/representation 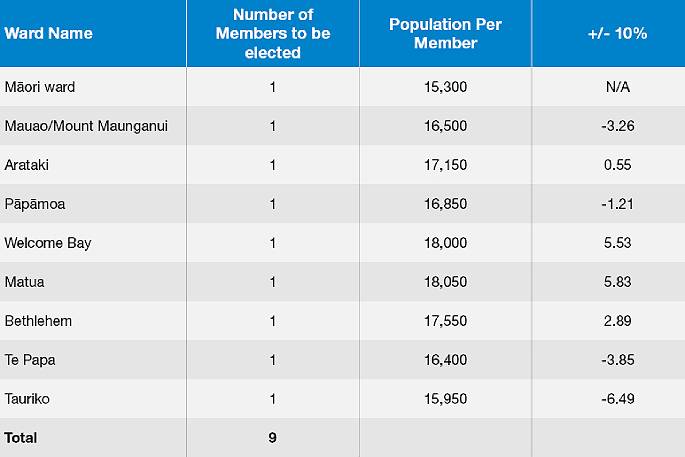 They have made up their minds. The commissioners are here to exert Government policies not listen to anyone. It’s a forgone conclusion for Three Waters, green transport, Maori wards all government forcing through legislation. We are being told not asked . Centralisation is the game with everything it seems including hospital boards for the chop. Since when has the centralisation worked any better been tried before ? Still no choice we are only hear to provide the money democracy is dying on our watch.

They were brought in because apparently there were Governance issues. All they have done is steal my money to railroad a huge spending spree. And now, they tweak the number and make up of Councillors ever so slightly. Smoke and mirrors.

Calls and legislation to promote racial harmony and yet we’re happy to institute tokenism and representation because you have the "right" racial identity rather than the "right" equalities, experience and qualifications. Disgraceful the way New Zealand is slipping into separatism and racial profiling.

...whether the Mayor HAS to be one of the Councillors. If the Mayoral appointment is separate that might be better; the Mayor could be facilitating, managing, and politicking while the Councillors get on with honoring their elected obligations.

Why eight? We only have 4 Commissioners. Are they twice as clever? Or are they just expecting halfwits to stand?