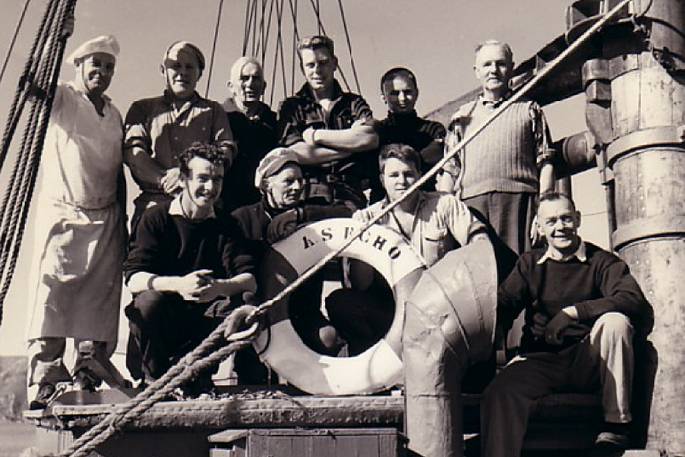 This Friday marks Merchant Navy Day, the official day of remembrance for those who served and lost their lives in the Merchant Navy during WWI and WWII.

These ships often operated in dangerous conditions and were targeted by enemy vessels trying to disrupt commerce and the shipping trade.

“The seafarers on these ships transporting goods and passengers were civilians. They weren’t part of the armed forces, nor were they trained in combat. They were engineers, radio officers, pursers, cooks and so on. No other group of New Zealand civilians faced such risks during wartime,” he says.

Members of the Merchant Navy sailed the ships that delivered troops, military equipment and vital cargoes of food, fuel and raw materials across the world’s oceans.

This work was so essential to the Allies' effort in WWII that the Merchant Navy was effectively regarded as the fourth service alongside the army, navy and air force.

“Our merchant mariners are an integral part of the story of New Zealand,” says Lipanovich.

“Even outside of war time, it’s merchant mariners who carry our trade and maintain the vital ocean links that connect us with the rest of the world. Despite the increase in air travel and electronic communication, this remains central to our way of life.”

Lipanovich says now is a timely reminder of the “punishing conditions” currently faced by those who work to keep international trade and industry afloat amidst the Covid pandemic.

“There has been perhaps no time since WWII that our merchant mariners face such difficulty and tribulation on our behalf.”

At the peak of the Covid-19 crisis, the Washington Post estimated that there were more than 400,000 merchant mariners stranded on their vessels – today, the number is still believed to be around 200,000.

“These brave and hard working people, despite these epic challenges, continue to move the 90% of world trade carried by water and they deserve our thoughts and thanks this Merchant Navy Day,” he says.

The 30-min ceremony is free for anyone who wishes to attend. Visit the museum’s website for further information: https://www.maritimemuseum.co.nz/events/merchant-navy-day-2021