Ioane to join the Gallagher Chiefs for 2022 season 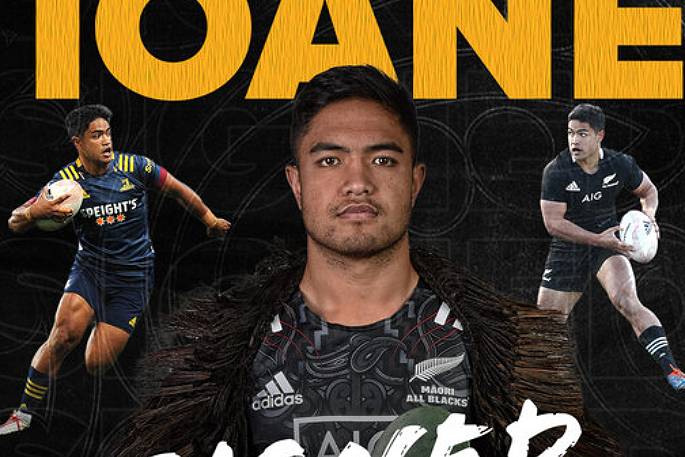 Māori All Black and former Highlanders first five-eighth Josh Ioane is set to join the Gallagher Chiefs next season, having signed with the club for their 2022 Super Rugby Pacific campaign.

The 26-year-old, who holds one All Blacks Test cap to his name, said he is excited to link up with the Gallagher Chiefs.

“I’ve loved my time with the Highlanders and am grateful for everything they’ve done for me,” says Ioane.

“However, I’m excited to link up with the Chiefs whānau, they’ve built an amazing culture up there from what I’ve heard and I admire what the Gallagher Chiefs are about. Hopefully I am able to add something to that environment”

“Josh is a quality footballer and welcome addition to the Gallagher Chiefs. His versatility and experience is advantageous, but more importantly, creates further depth and genuine competition for places across our backline,” says McMillan.

“That brings a healthy edge to a team environment and we need that to keep fostering individual and collective growth. I know Josh is excited about challenging himself in a new environment and we look forward to him joining the Chiefs whānau in 2022.”

Ioane made his provincial debut for Otago against North Harbour in 2017 and eventual Super Rugby debut for the Highlanders in 2018.

In 2019, he became the first choice 10 for the Highlanders and has played 42 Super Rugby matches for the club.

Ioane made his All Blacks Test debut against Tonga in Hamilton in 2019 and was recently part of the 2021 Māori All Blacks squad under Head Coach Clayton McMillan.

The newly announced Super Rugby Pacific will kick off on February 18, 2022, and feature 12 teams in an 18 week season. 2022 Chiefs Memberships will be on sale from October 4.

Originally from Auckland and schooled at King’s College, Josh Ioane travelled south to Dunedin in 2014 to study and play Premier club rugby for Southern RFC. Ioane made progress in the Otago Academy Development before playing age-grade Otago rugby, as well as for the Samoan Under 20 side.

His composure and running skills caught the eye of the Highlanders coaches, who called him into the Highlanders wider training squad in December 2016 for pre-season training. While he didn’t take the field in 2017, Ioane continued to develop his game and become accustomed to the higher level.

Ioane made his provincial debut for Otago against North Harbour in 2017 and eventual Super Rugby debut in 2018, ending the season with eight appearances. He took his game to another level in 2019 as the first choice 10 for the Highlanders, ending the regular season with 114 points, including 4 tries, 32 conversions and 10 penalties.