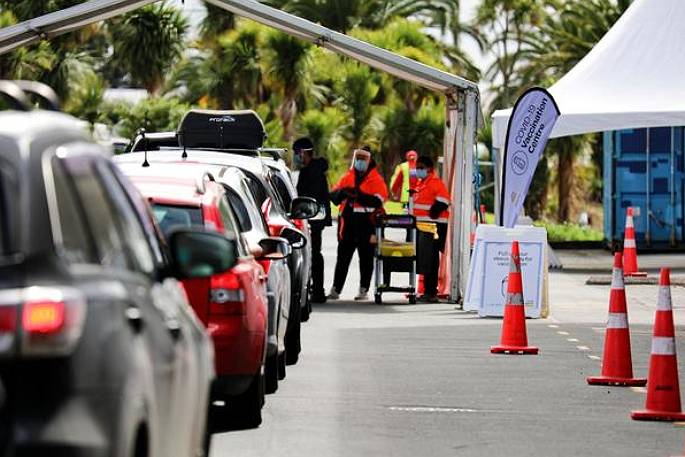 A Pacific community worker says the Bay of Plenty DHB's apology for requesting passports before vaccination is 'passive-aggressive' and racist. The MP for Pacific Peoples said it never should have happened.

The Bay of Plenty District Health Board yesterday apologised for wrongly requesting passports from Pacific people in line for a Covid-19 vaccine.

While there's no requirement to show ID to get a vaccine, some members of the Pasifika community say they were asked to produce their passports to get a vaccine in Bay of Plenty.

The DHB say requiring a passport as identification is not policy or a requirement to be vaccinated.

It says it is committed to ensuring this does not happen again.

But a Pacific community worker in Bay of Plenty, Emmaline Pickering Martin says the apology is really a non-apology and called it racist.

''Passive-aggressive, 'sorry we didn't mean it like that' racism. Who is in charge here and why aren't these public health messages free of racism. The whole CIR system was created so that vaccinating our people could be fast and efficient and no one needed to prove anything. We wanted to cover the whole population so, in terms of the community reaction, everybody is just tired and disappointed and angry.''

Tauranga Pacific Island Community Trust chief executive Esther Martin doesn't believe there will be a backlash from the community deterring people who want to get the vaccine.

''If anything, our families should just be encouraged and just keep going and be vaccinated. Go to places where they are comfortable.''

''I reflected on my own pretty seamless process of getting my first jab a few weeks back and just rocked up, said who I was and my date of birth and where I lived and that was it.

"Why they suddenly would need to produce a passport seems to be sending the wrong message frankly, particularly at a time when we need everybody to be rocking up and getting vaccinated and not putting hurdles in front of people.''

Minister for Pacific Peoples Aupito William Sio says it appears to have been an isolated incident, but should never have happened.

He says it caused distress and hurt within the Pacific community.

''I'll accept that this is a one-off but it does result in a loss of trust and confidence in the system. The CEO has apologised to the Pacific community. I want to make sure that everybody knows that there is no requirement whatsoever and we can just move on.''

Auckland's South Seas chief executive Silao Vaisola Sefo believes confusion around some Pacific names, particularly Samoan, might have been why passports were requested.

''Some of our families have different names, so they might have a title. They might have a chief name that doesn't reconcile with the name on their birth certificate or drivers licence or passports. That will be the only reason why.''

''The process of allocating someone an NHI number can be expedited by someone having identification and, my understanding in this case, this is what was being sought.

''I just want to reiterate no one is required to show a passport or other form of identification and every person in New Zealand is eligible to be vaccinated whatever their immigration status.''

Fijian Rotumans were among those asked to produce their passports at the vaccination centres in Bay of Plenty, Auckland and Wellington.

''If we're talking about a team of five million people in our country, we should not be looking at segregating our people, especially when we are all trying to work together in the same space.''

Solomone says there are double standards practised when Pasifika are stopped and questioned during the lockdown, but claims the same is not done to other ethnic groups.

The Bay of Plenty District Health Board says it fully understands the hurt felt by the Pacific Community after 16 members were asked for their passports at a vaccination centre on Friday.

Its chief executive Pete Chandler says when a staff member found no National Health numbers for the group, the person asked for their passports, so files could be created.

He says it was a mistake and the request was not to prove any residency status or eligibility.

Chandler says no one in the group was refused a vaccination.

He says the DHB acknowledges and understands that for the Pacific community that it would have been a trigger and re-wounding of past hurts.

Hear! Hear! This was explained and there was no Racism intended. It’s the same thing we saw with the Maori teko teko advocating vaccination. Perfectly innocent and reasonable explanation for it, but some people (Meng Foon for one...) PREFER to see an uglier explanation. Until this attitude of a "Racist under every bush" is changed, we will never eradicate real Racism.

For goodness sakes, some poor overworked vaccinator who can’t give people a NHS number without photo ID is now being crucified by the people she/he is trying to help. A thing like this happens and the experts on racism come snarling out of the woodwork demanding apologies. There are plenty of support people within the Pacific community who could have sorted this. They need to apologise to their own people and the NHS staff.