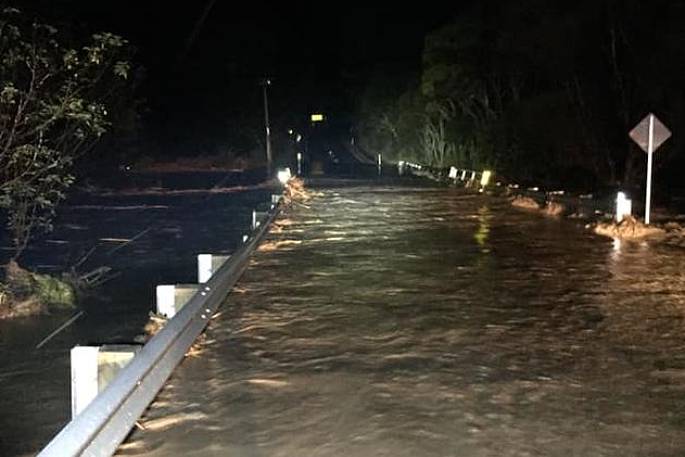 Homes have been flooded and people have had to be rescued from their cars after widespread flooding across parts of Auckland overnight.

Fire and Emergency has had more than 150 calls for help between 9.30pm yesterday and 4am today from across Auckland and the North Shore.

Most were because of flooding into homes, with some cases of people stuck in vehicles.

The bulk of the calls were from West Auckland and up to Kumeu.

A local ward councillor, Shane Henderson, says people have lelt about 50 homes in Kumeu and nearby small areas.

He has seen some photos he describes as "pretty gnarly" of cars under water.

Shane Henderson says calls started coming in around 2.30am as people realised their homes were being flooded.

Auckland Emergency Management says it hasn't provided accommodation for evacuated residents overnight but it is preparing a shelter.

A spokesperson flooding caused slips in in some parts of West Auckland and anyone who does not need to move from their home is urged to stay inside and not drive floodwaters.

A MetService heavy rain watch is in place until early this afternoon, with periods of rain, with some heavy and thundery at times.

....for Aucklanders to leave the area though. Evacuations should be made to areas within the city. Wonder how many escape to other parts of the country?