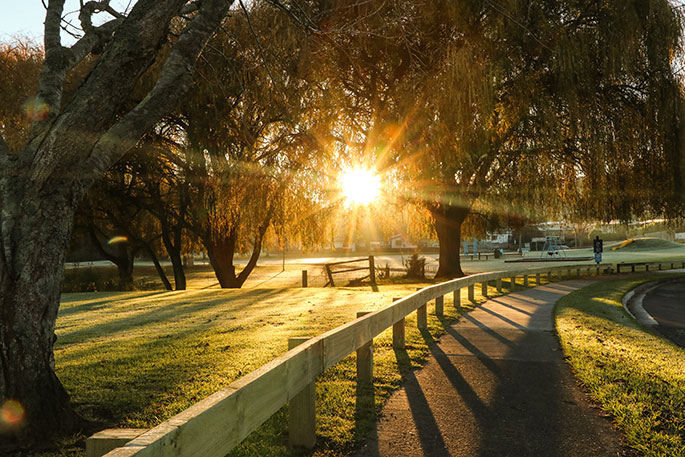 Spring is in the air. File photo.

A slow-moving low to the northwest of New Zealand brings unsettled conditions to the upper North Island for the first half of the week.

Despite this, MetService is forecasting a relatively calm start to meteorological spring.

“There is some uncertainty in the weather models about where exactly the heaviest rain will fall, but localised areas may receive significant accumulations, so a Heavy Rain Watch has been issued for Auckland including Great Barrier Island and the Coromandel Peninsula. Keep an eye on the severe weather information for those areas,” says MetService meteorologist David Miller.

Strengthening easterlies and possible thunderstorms are also expected in the regions under the Heavy Rain Watch, as well as southern Northland and northern Waikato.

The slow-moving low is forecast to weaken by Wednesday and rain is expected to ease to showers there.

For the remainder of the country, an improving trend is expected. Showers in the east of both Islands ease during Tuesday, as high pressure builds in the south.

“Although spring is usually characterised by fast-moving weather systems, mostly settled weather is forecast for much of the country this week, apart from a few showers in the east of the North Island. Morning frosts are also possible in parts of the South Island,” says Miller.

A southerly change does spread up the South Island late Wednesday into Thursday, but any showers associated with this are expected to be brief. High pressure then remains firmly in charge to end the working week.