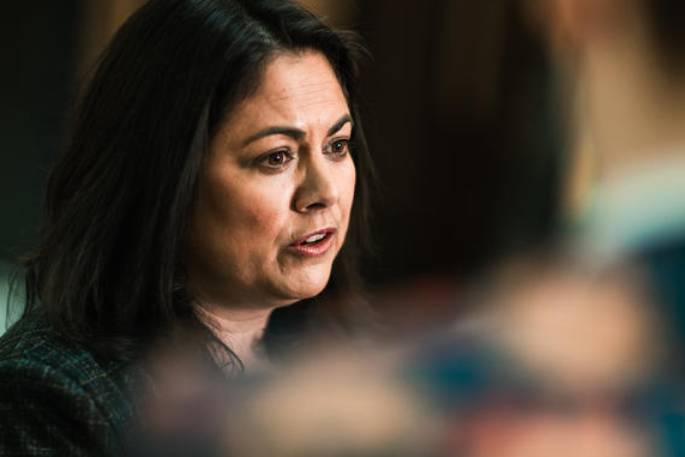 Associate Minister of Health Ayesha Verrall says it is "unacceptable" that members of the Pasifika community were asked for passports at Covid-19 vaccination appointments in the Bay of Plenty.

"I can't imagine what the reason for asking for that would be," Verrall told Morning Report.

"It certainly makes the people who we're calling to come in for vaccinations feel unwelcome and stigmatised and it should not happen.

"No-one needs to bring their passport to get a vaccine or for any other interaction with the Covid response whether its testing, contact tracing or vaccination.

"We want everyone to be protected by the public health response irrespective of your immigration status."

Verrall says the government has told the DHB that requesting passports was not the expectation.

Verrall says the review of restrictions at essential work sites would take what officials are learning at site inspections where they are concerned about cases.

Prime Minister Jacinda Ardern said yesterday officials will be looking at whether workplaces operating in level 4 are able to do so safely and effectively with the current restrictions.

"One of the things that does come through is making sure that common areas where staff take breaks are also safe," Verrall says.

Epidemiologists have called for increased mask use, a look at whether the numbers of workers considered essential can be restricted, and better ventilation at work sites.

Verrall says there is a limit on how much a pool of essential workers can be reduced.

"Obviously people do need to eat and they do need to have access to their medicines, so there is a limit on how much you can reduced movement."

She says running a workplace in bubbles of staff would be a safer arrangement than all employees mixing with each other.

Epidemiologist Michael Baker says work environments should be better ventilated and masks worn in work sites at all times.

He says the alert level system needs to be revised to keep up with what is known about transmission through the air, and some form of mask use should apply at every level.

"We've got to redesign it on the basis of controlling aerosols and transmission indoors," he told Morning Report.

"We've had such dramatic examples of how this virus can be transmitted by just fleeting contact indoors.

Microbiologist Siouxsie Wiles has also called for better ventilation at work sites, and says N95 masks should be used in businesses under both alert level 3 and 4.

Dr Wiles says a lot of businesses are set up to deal with the risk of transmission through droplets, rather than through the air.

"If you're in an indoor environment and you have bad ventilation, it's a closed environment with lots of people in it, or even if there's not a lot of people but it's closed, it doesn't matter about plastic screens or being two metres apart. The virus is airborne and it will transmit," she says.

In some cases screens may even need to be removed to help with ventilation, she says.

Verrall says the government would try to keep vaccinations at the current increased rate but one option would be to return to the original demand plan.

Verrall says at current supply arrangements a rate of 50,000 to 60,000 vaccinations per day would be sustainable.

On one day last week, close to 90,000 doses were administered.

Uptake had increased from the start of level 4, possibly because capacity was freed up in the health system, especially in primary care, she says.

"We want to try and allow that overperformance of our model to continue so we're working on ways we can do that."

Verrall says there are enough ICU beds and staff to manage an outbreak by reallocating the use of facilities in hospitals.

New Zealand does not have the level of intensive care beds that other countries do, she says.

Staff to support intensive care take several years to train, so it is not a problem that can be fixed in 18 months, but the government had brought in extra ventilators and trained additional staff.

100% agree, and you are right that Pasifika compliance (especially Samoan) has been exemplary. But the Politicians see a chance and so it goes on. It’s hard enough to change the minds of REAL racists, without giving further fuel to the fire, by inflating trivial events that are easily explained without racism.

The DHB have apologised for the error. Is that not an end? Is the Associate Minister of Health going to blow this out of all proportion, run the stigmatization on for years to come until finally decades down the track the Government of the time grants a formal apology for such atrocities and grievances. How much of Parliamentary time is this going to cost? For goodness sake, move on. Mistakes happen, welcome to life. I’m sure those in the Pacifika community involved are grown up enough to have moved on.