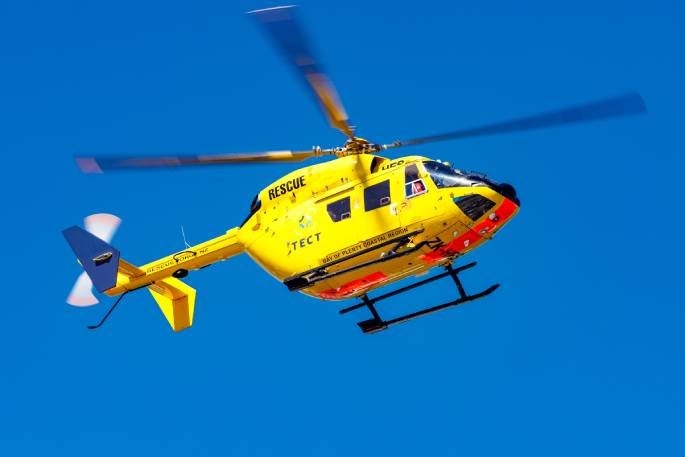 While the nation has continued to lockdown at home under Alert Level 4, the life-saving work of the rescue helicopters has been ongoing.

Rescue crews have been tasked to many and varied callouts for accidents, emergencies, and flights for patients with complex medical needs.

"Patient and crew safety and wellbeing continues to be the absolute priority, and to support this, rescue crew are using their Personal Protective Equipment – PPE - and barrier flight curtains that separate the front and rear cabins of the aircraft, to protect everyone on board."

On Friday, August 20, a male in his 40s suffered head and abdominal injuries after a fall on a farm in Te Kaha. He was flown to Whakatane Hospital.

On Thursday, August 26, the helicopter also attended a medical event on Matakana Island. The patient was flown across to Tauranga Hospital.

"Accidents and emergencies can happen to anyone at any time when least expected, as is evidenced by the large number of missions during the past ten day period.

"While it’s hoped that a rescue helicopter won’t be required, the community can be reassured that their rescue helicopter is always there and its crew are rescue-ready 24/7, to respond to all emergency callouts."