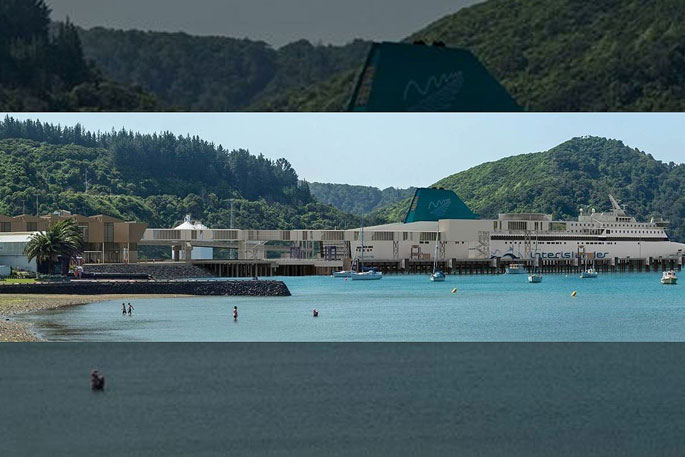 An artist’s impression of the new ferry terminal in Picton. Image: Supplied.

Two of New Zealand’s biggest transport unions have expressed their concerns about decisions made around the emissions footprint of new interisland ferries.

KiwiRail signed an agreement with a Korean shipyard in June to build two new Interisland ferries, expected to be delivered in 2025/2026.

Two transport unions say that reports have shown the most environmentally friendly options were passed up.

KiwiRail is to switch its fleet of three Interislander ferries to a cleaner-burning diesel oil before the end of the year, while it waits on its larger, greener ferries to be built and delivered.

The change of fuel, away from marine-grade heavy fuel oil, will align KiwiRail with international standards around ship pollution.

KiwiRail's Interislander general manager Walter Rushbrook made the announcement at a public meeting in Picton in March, hosted by local environmental group Guardians of the Sounds.

The new ferries will have lower emissions than current vessels, as they will be powered by a hybrid of marine diesel and batteries, but questions have been asked as to why KiwiRail did not opt for methanol rather than marine diesel.

New and converted ships in Europe are already using methanol, which could reduce emissions even more.

Methanol is largely produced from natural gas, although renewable sources are becoming a potential source – the world’s largest shipping operator, Maersk, already operate a ship on green renewable methanol, and have ordered another eight.

Maritime Union National Secretary Craig Harrison says there is a strong case for improving emissions in shipping and New Zealand needed to be a world leader, not a follower.

"The key thing here is to build in security and reliability, on top of the necessary work to reduce emissions to meet the Government’s own targets," says Craig.

Craig notes methanol is produced in New Zealand, whereas marine diesel wil have to be imported when Marsden Point refinery is taken offline.

"Part of the problem is how KiwiRail operates as a state-owned enterprise, so while the Government is pursuing good goals to reduce emissions, SOE’s are still beholden to an outmoded model that undermines those goals," says Wayne.

Wayne suggests a crown entity model would be appropriate for major Government owned enterprises such as KiwiRail or in the electricity sector, to align with Government’s environmental and social goals.