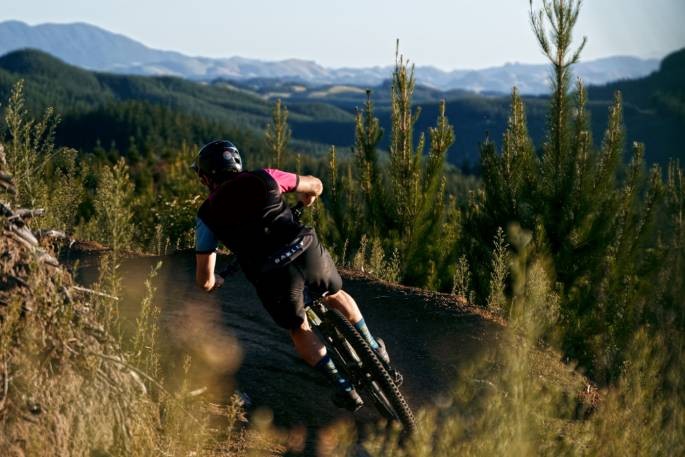 Police are reminding mountain bikers today that any recreational activity that could lead to an emergency response is not permitted under Alert Level 4, following a crash at a mountain bike park. Photo: File.

Police continue to be pleased with compliance during Alert Level 4 restrictions despite a small number of incidents which have attracted Police attention.

"While Police are still taking an education-first approach, as our responses show, we will move to enforcement action quickly when required," says Police Commissioner Andrew Coster.

"We would like to remind people that under Alert Level Four exercise should be in your neighbourhood only and any recreational activity that could lead to a rescue or emergency response is not permitted."

Queenstown Police were extremely disappointed yesterday when they were called to a crash at a mountain bike park in Fernhill.

Upon arrival Police estimated there were 50 or more mountain bikers on this track.

Due to where the crash happened, it took two hours, a 4WD and several Police and ambulance staff to remove the injured woman from the site.

The woman then had to be transported to Dunedin Hospital via helicopter.

Police will be speaking to the biker at a later date and enforcement action for breaching restrictions will be considered.

The other mountain bikers on the track were educated on Alert Level Four rules.

"Our staff are out and about around the country conducting reassurance checks, and people can expect to be questioned about their movements," says Police Commissioner Andrew Coster.

Counties Manukau Road Policing staff have been visible in the southern part of the district today.

They noted low volumes of traffic this morning and high rates of compliance.

Since Alert Level 4 came into place, 93 people have been charged with a total of 99 offences nationwide as at 5pm yesterday August  28 2021.

These arrests are primarily the result of protest activity in the first few days of Alert Level 4 and other intentional behaviour in breach of the restrictions.

Of the 99 charges filed, 65 are for Failing to Comply with Order (COVID-19), 21 for Failure to Comply with Direction/Prohibition/Restriction, 11 for Health Act Breaches, and two for Assaults/Threatens/Hinders/Obstructs Enforcement Officer.

Police have now received a total of 11,103, 105-online breach notifications.

In addition to the online breach notifications, a total of 7097 Covid-19 related calls were made to the 105-phone line.

The majority (5044) of calls were requests for information, and 2053 were to report perceived Covid-19 breaches.

Overall, Police are encouraged to see how well people are behaving across the country but there is a small number of people who are continuing to flout the rules.

Further information about travel at Alert Level 4 can be found at: www.covid19.govt.nz