NZers getting a raw deal when it comes to giftcard 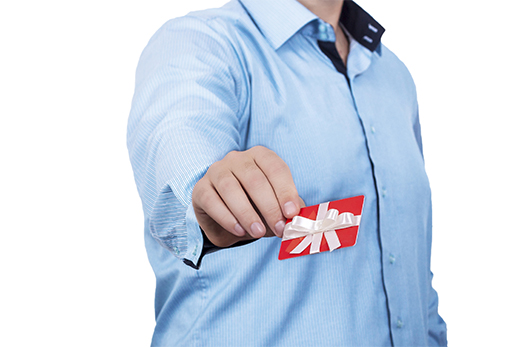 New Zealand consumers have less time to redeem their gift cards than Australians, even when bought from a company operating on both sides of the Tasman.

Australian law requires gift cards to be valid for a minimum of three years, but there are currently no equivalent laws in New Zealand.

Consumer NZ contacted 14 companies that offer gift cards valid for three years in Australia but only one to two years in New Zealand, urging them to play fair and change their expiry dates.

Only one company, Repco, agreed to extend its expiry date to three years.

Ticketek says it would offer New Zealand customers 18 months – a long way behind the 36 months Australian customers are given.

David Jones, Event Cinemas, Freedom Furniture and Westfield agreed to review their dates but haven’t made any changes.

“Consumer NZ is calling for the Fair Trading Act to be amended to make unfair expiry dates a thing of the past.”

A Consumer NZ survey found one in five gift card recipients had been left empty-handed after the card expired before they could redeem its full value.

The majority of Kiwi consumers want the rules changed. A Consumer NZ survey found 54 per cent of those who had a view thought gift cards should have no expiry date; 13 per cent thought if there was a date, it should be up to five years.

Christine Blair, a pensioner from Nelson received a $100 movie gift card from her husband for Christmas in 2019.

When Covid hit, the couple reduced outings to avoid the risk of getting ill. Christine attempted to use the gift card in January 2021, but discovered it had expired.

“I called and explained that because of Covid we hadn’t been in the position to use the card. The company agreed to extend it for 12 months but actually only extended it for one month.

“I contacted them again, but they told me I needed to prove I’d been offered a 12-month extension – how could I prove that?” says Christine.

Consumer NZ contacted the company which agreed to provide Christine with a new gift card with the remaining balance.

When presented with the new gift card, Christine said “you have made our day. We had all but given up hope of getting to the movies when I had no way of providing proof to them.”