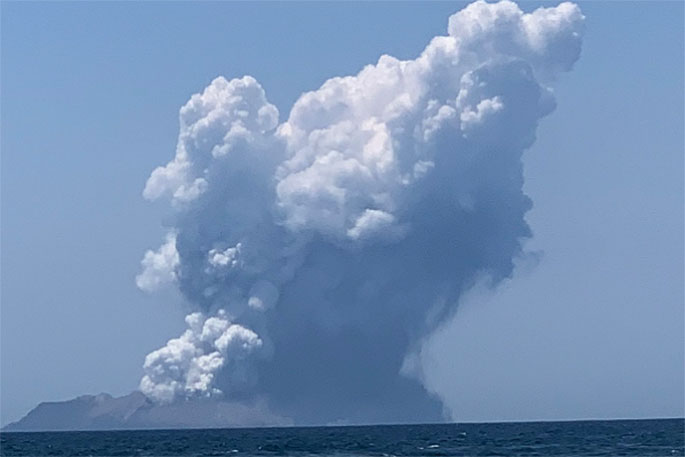 All 13 defendants accused of health and safety breaches in the lead up to the deadly Whakaari/White Island eruption have pleaded not guilty.

There were 47 people on the volcano when it erupted on December 9 2019, most of them international tourists.

Twenty-two people were killed and many others were seriously injured.

Last November, just before the first anniversary of the disaster, WorkSafe announced it was laying charges against 13 organisations and individuals.

The charges do not relate to events on the day of the eruption, or the rescue efforts.

At the last hearing in Whakatāne District Court in June, only one of the defendants - the National Emergency Management Agency - was in a position to enter a plea.

Judge Evangelos Thomas directed the remaining defendants to file their pleas by Tuesday this week.

He confirms today they all deny the charges they face.

The case is due back in court next month.

Judge Thomas has previously said a substantive trial is still some way off.

... is that none of these people should even be in Court. On the tragic day, everybody concerned behaved to the highest standards and it is shameful that they are now potential criminals. Everyone who took the tours did so of their own volition and I don’t believe anyone can decide to visit an active volcano and not expect a degree of risk. Accountable is right and I believe this is a cynical ploy by Lawyers to wind up the families and extract revenue from the tour operators. The sooner it runs its course, the better for everybody concerned.

WorkSafe were really concerned about the safety of people surely they would have been far more proactive in monitoring this vulnerable island but prevention is not in WorkSafe’s vocabulary! I also know this from past personal experiences in trying to prevent serious outcomes. The only winners in this case will be the lawyers.