Rain forecast for the weekend 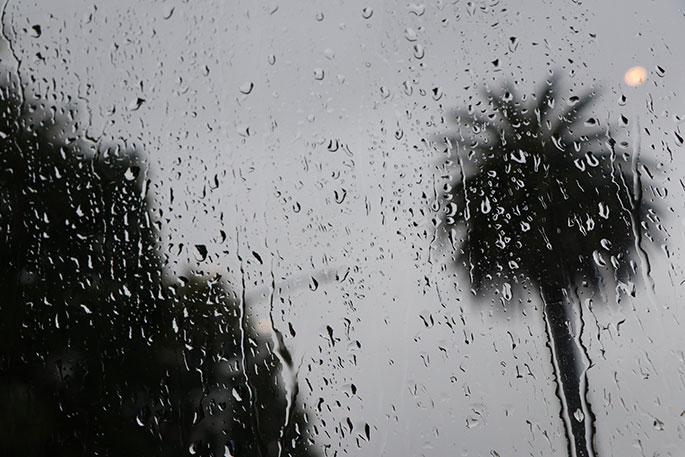 A wet weekend is on the cards for many this weekend.

MetService has issued several severe weather warnings and watches for a front moving over the country during the next few days – bringing rain.

"We’ve had a slow-moving ridge to the east for the last few days, also known as a ‘blocking ridge’ because it blocks the normal flow of weather systems, but it is now beginning to weaken," says MetService Meteorologist Rob Kerr.

"This means the low-pressure system and associated fronts this ridge has been holding over the Tasman Sea will move onto New Zealand, starting with the leading fronts over the next few days, then a weakening low at the start of next week."

For most, that won’t mean an end to the warm northerlies just yet, but rain is going to be added to the mix.

Areas from Westland to Taranaki, including Nelson, are now covered by Severe Weather Warnings and Watches, as rain may accumulate to significant amounts from today (Thursday) and into Saturday. By the end of Friday the rain will affect almost everybody.

The far south is the exception to the warm northerlies though, as a cold front moves north starting today, and stalling south of Christchurch today.

Temperatures for Canterbury and southwards are going to take a significant hit, especially in the east, where folk who have been enjoying daily highs around 20°C recently might not even see double figures on Friday.

Also, while this cold front isn’t expected to bring as much rain as the one further north, there is still a Severe Weather Rain Watch in place for the Otago Coast, as that part of the country is prone to localised flooding when rain is persistent.