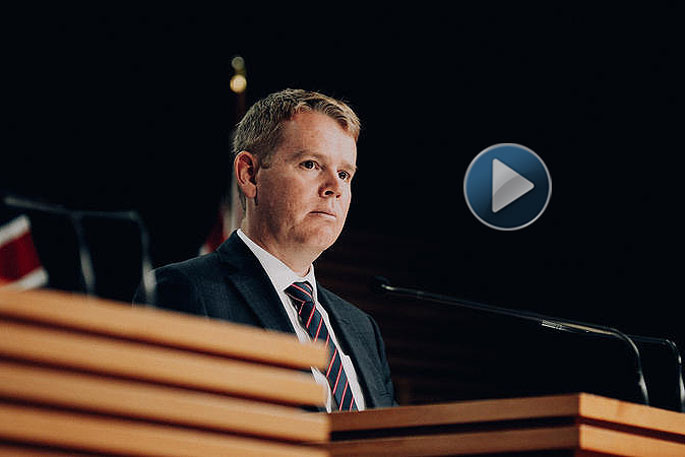 There are 62 new cases of COVID-19 in the New Zealand community to confirm today.

This brings the total number of cases in the community outbreak to 210.

Of these 62 new cases, 36 are female and 26 are male. Forty of these are Pacific peoples, three are Māori, seven are Asian, five are European, and as yet, the ethnicity is unknown of seven.

The total number of community cases in Auckland is now 198 and 12 in Wellington.

All of the cases have or are being transferred safely to a managed isolation facility, under strict infection prevention and control procedures, including the use of full PPE.

As previously indicated, it’s not unexpected to see a rise in daily case numbers at this stage. At its peak last year, New Zealand had a daily total of 89 new cases.

A case previously reported on July 2 2021 has now been deemed historical.

The total number of active cases being managed in New Zealand is currently 246.

The total number of confirmed NZ cases since the start of the pandemic is 2803.

Middlemore healthcare worker
As reported yesterday, a positive test result for a Middlemore Emergency Department staff member has been returned. The case is currently classified as under investigation and is not included in today’s tally.

As a precaution the staff member has been stood down and Public Health staff are currently investigating.

Currently, Middlemore’s assessment is that the public health risk is low as the staff member was asymptomatic, fully vaccinated, was detected through routine testing, wore appropriate PPE while at work, and the individual is reported to have taken all the appropriate precautions once notified.

“Testing nationwide remains a priority in our assessment of spread and in determining the edges of the outbreak,” says a Ministry of Health spokesperson.

Testing centres in Auckland had another busy day yesterday with 22,735 swabs taken across Auckland, including 8,800 at community testing centres and around 13,800 at general practice and urgent care clinics.

A new pop-up community testing centre has opened at Mountfort Park in Manurewa today and the pop-up testing centre at Pukekohe showgrounds has been extended until August 31.

All DHBs are ensuring there is good access to testing across the regions.

For up-to-date information on all testing locations, please visit Healthpoint.co.nz.

This is a recommendation following the review of the Crowne Plaza case.

Wastewater testing
COVID-19 was detected in a sample collected on Sunday August 22 from Warkworth. This follows a non-detection on August 21 and a previous positive result on August 17 2021. The genome sequencing result has confirmed that the RNA detected is associated with this August Delta outbreak (reported earlier). This supports there being a case connected to this outbreak in the Warkworth catchment.

In Auckland, COVID-19 was detected in samples collected on Sunday August 22 and Monday August 23 from all eight sites tested in Auckland, except for the Monday sample from North Shore (Rosedale, Albany) which was not available for analysis.

In the Wellington region, the virus has only been detected in samples collected from Moa Point, Wellington (20, 21, 22 and 23 August) and may reflect known cases shedding in the catchment.

There are no positive wastewater testing results in the most recent samples collected outside the Warkworth, Auckland, and Wellington regions.

Contact tracing
As of 9am today, 20,383 individual contacts have been identified and 62 per cent have had a test. The majority of these contacts are close contacts.

“We are continuing to update this information regularly every two hours between 8am and 8pm,” says a Ministry of Health spokesperson.

“The Ministry’s website also includes advice on what to do if you were at any of these locations at the time when you could potentially have been exposed.”

Alerts are being sent to people who scanned in using the COVID-19 Tracer App at locations during the relevant times.

“If you were at a location of interest at the specified time, please self-isolate and call Healthline on 0800 358 5453 for advice on testing.”

COVID-19 vaccine update
Yesterday 56,872 first doses were given, and 23,161 second doses were given, bringing yesterday’s total doses administered to 80,033. This is the biggest daily total to date by more than 16,000 doses.

More than 2.93 million doses of the COVID-19 vaccine have been administered to date. Of these, 1.88 million are first doses and more than 1.05 million are second doses.

More than 167,000 Māori have received their first vaccination. Of these, more than 96,000 have also had their second vaccinations.

More than 109,000 doses have been administered to Pacific peoples. Of these, more than 65,000 have also received their second doses.

I agree with Slim...

...that the goal should be open travel, but is must be SAFE. And I also agree that the whole MIQ thing (which is outrageously expensive for everyone) should be cut back and eliminated once all travel requires vaccination. It’s simple really; if you want to travel (in or out) get vaccinated. Worked against Smallpox and there was none of the protesting against rights violations and "Police State" labelling we are seeing currently.

Dr Faucci says the US will be back to normal in a few months. Singapore is opening their border to vaccinated travellers with no measures at all. They are stopping counting cases, as is UK, Germany and others are following. It’s clear that countries are moving on once they have got to 70% vaccination rates and are opening up. Meanwhile, in the hermit kingdom Captain Caveman and co are still talking about draconian restrictions AFTER vaccinations including purpose built MIQ prisons and ankle bracelets for those elite people deemed a bit more trustworthy. But not trustworthy they won’t be treated like parolees. Ridiculous