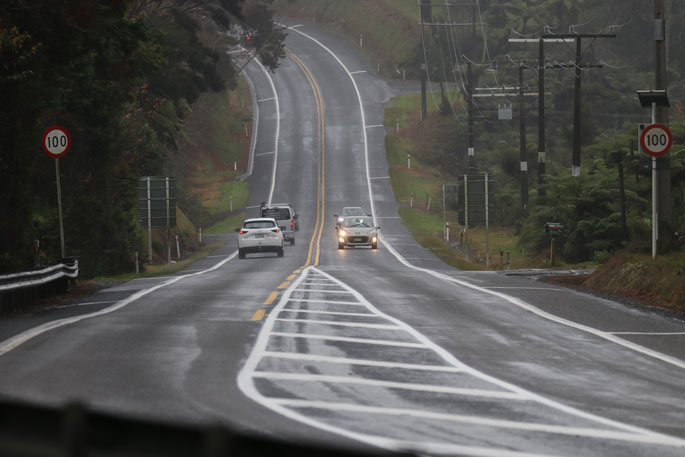 Some rain may be on the way this Friday, but weather officials warn it won't be much.

A low hugging the NSW coast near Sydney and will drift to New Zealand by Friday and Saturday, falling apart as it moves in over the South Island this weekend, says WeatherWatch.co.nz

"The low will be preceded by mild northerlies which will enhance the rainfall for the West Coast. About 150 to 200mm is forecast for parts of the West Coast between now and Saturday night - with the bulk falling in central, southern and mountainous areas of the coast.

"Below are the latest rainfall maps via our partners at IBM - the World's most accurate weather forecaster with NZ's most accurate rainfall forecasts. To drill down much deeper with hyper-local rainfall totals, please visit RuralWeather.co.nz (applies to city suburbs too).

"While the North Island has some rain, dry Hawke's Bay won't have a lot - but there is a little to make for a silver lining.

"At this stage around 30mm+ of rain is estimated in Hastings (as an example) from Friday to Monday." 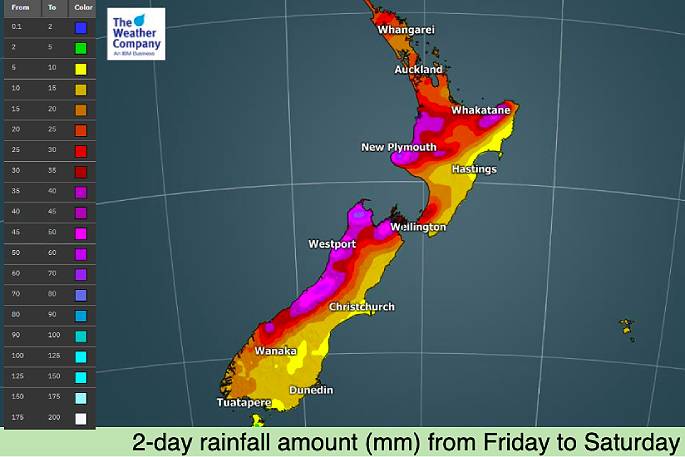 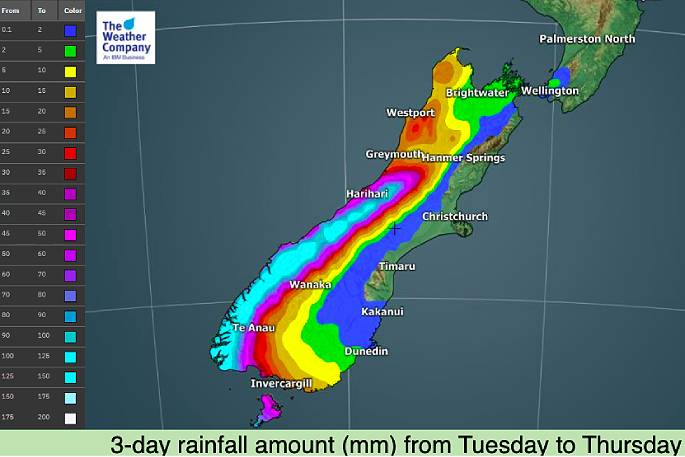 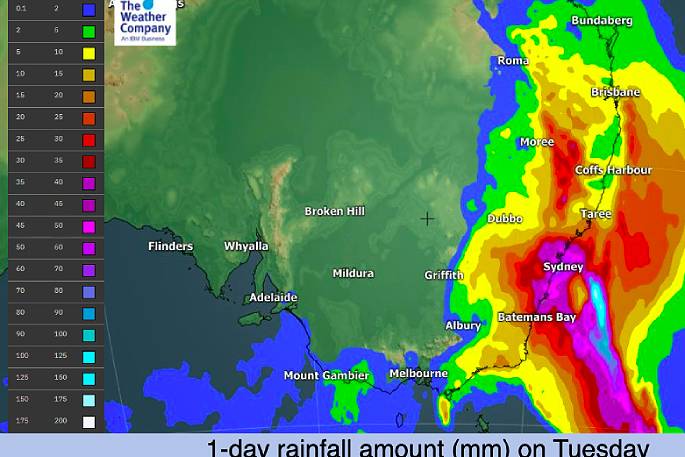