Fine(ish) and frosty vs warm, wet, and windy 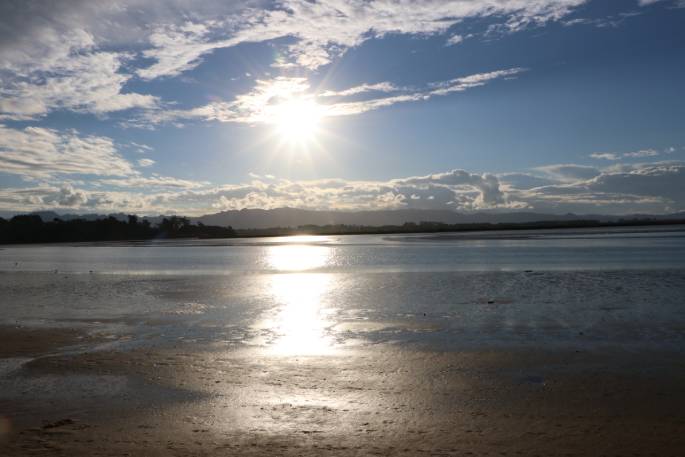 A mixed bag of weather is being forecast for the week to Thursday.

With a ridge of high pressure over the North Island gradually moving away to the east, the weather will remain mainly settled there until later on Thursday, with a few frosty starts, says the MetService.

In the south, it’s a different story altogether.

A strong, moist northwesterly flow is maintained over the South Island for the rest of the week.

A series of fronts approach from the southwest, but are slowed down by the ridge.

“The air under the ridge is denser than the air coming in with the fronts, so those fronts will really struggle to push the ridge out of their way,”  says MetService meteorologist Alwyn Bakker.

The first front is expected to make landfall on Wednesday, and stall over the lower South Island on Thursday but North Islanders can expect a breakdown of the settled conditions by week’s end.

A Strong Wind Watch has been issued for Fiordland south of Milford Sound, Southland west of Lumsden, and Stewart Island.

Between 11pm tonight and 6am on Wednesday, northwesterly winds may approach severe gale in exposed places at times.

Heavy Rain Watches have also been issued, one for Fiordland west of the lakes between 1am Tuesday and 11pm Wednesday, and one for the ranges of Westland south of Otira between 1am and 11pm on Tuesday.

In both Watches, rainfall amounts may approach warning criteria within the period.

“Additional Watches and Warnings may be issued as we progress through the week, or existing Watches could be upgraded, so keep up to date with metservice.com,” says Bakker.

It’s not all rain and wind, though.

The east coast of the South Island can expect warm weather with their northwesterlies, with maximum temperatures of 18°C or 19°C for most until Thursday.

Overnight minimums are also forecast to be on the warm side, keeping any frosts at bay for now.